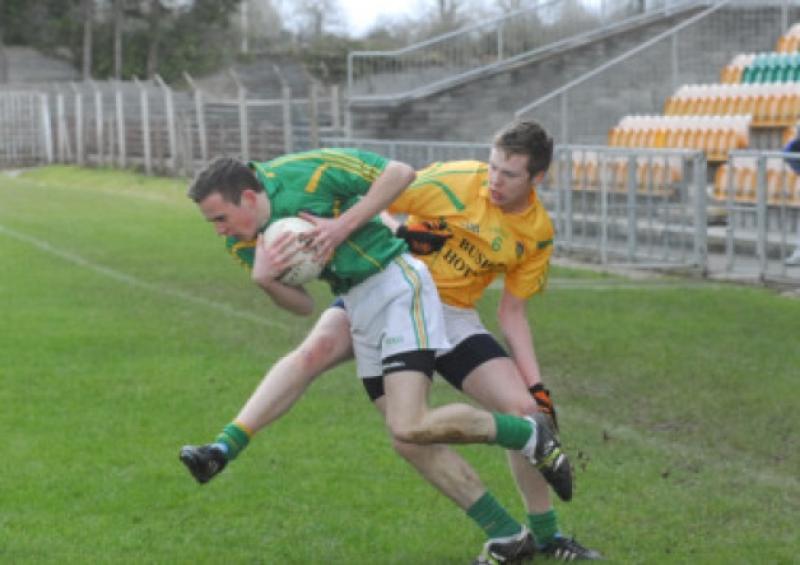 There may have been snow and ice on the ground and far from the idyllic images of championship football but next Saturday sees the first Leitrim team of the year in action in the Connacht Championship when the County Under 21 side take on Roscommon in the Provincial Semi-Final in Kiltoom (4.30 throw-in).

There may have been snow and ice on the ground and far from the idyllic images of championship football but next Saturday sees the first Leitrim team of the year in action in the Connacht Championship when the County Under 21 side take on Roscommon in the Provincial Semi-Final in Kiltoom (4.30 throw-in).

With the Minors clash with the home county in the Connacht Minor League serving as the curtain raiser, the U-21s seek to end an unenviable record that has seen Leitrim fail to record a Connacht Championship victory since 1998.

But past defeats is not something that is in the mind of this current Leitrim set-up, nor that of manager Brendan Guckian who himself won a Connacht U-21 medal in 1991, Leitrim’s last victory in competition – “”We’re definitely looking forward to it, the time has flown by since we got together and we’re looking forward now to Saturday’s match.”

Preparations have not been easy with challenges the main staple of games for the U-21 side – “It is a difficulty, we have guys away playing with their colleges, some guys are with the Senior panel but we have been fortunate in that we have been able to arrange challenge games in recent weeks.

“We have played Limerick, Westmeath and Sligo and I think those sort of games will stand to you. The Hastings Cup was back in January so it is a long time since we’ve played any competitive football and I suppose neither we or Roscommon really know what to expect next Saturday.”

Roscommon have acquired something of a reputation as the Province’s new underage power-house and Brendan is well aware of the challenge facing Leitrim – “Roscommon are very strong, they were very strong to reach the All-Ireland Final last year and I think that in the first half of that final, they played some exceptional football and were extremely unlucky not to be further ahead.

“The fact that they have so many players graduating to the Senior panel this year shows that they are a very strong and physical side. Roscommon certainly do have a culture of success and whatever structures they have put in place, they are certainly a force in underage football in the province. With St. Brigid’s winning the Club title on Sunday, it is a great boost for Roscommon football.”

Playing in Kiltoom won’t be a hindrance to Leitrim either according to Brendan who shares the managerial duties with Padraig Kenny and Jimmy Holohan – “I don’t think playing in Kiltoom will make a big difference, we have travelled away for all our challenge games and we’ve been preparing the same way as we would for next Saturday’s game.

“Kiltoom is a great surface and a great grounds and we’re looking forward to playing there.”

Leitrim will also have the services of Senior panelists Brendan Flynn and Shane Moran but the manager believes the strength in depth lies with the squad – “Brendan has done extremely well with the Senior team and Shane is a natural leader, one of the first players are every training session, very dedicated and always willing to do whatever is needed.

“But I think our strength is that we are a very balanced team, we have always worked well as a unit and all are pulling together. We’re going into the game at the deep end and I think it will come down to whoever gets out of the blocks quickest, hopefully it will be us.”

As for a prediction, Brendan said “We’d be hoping for a good performance, we have prepared well and we have a very strong panel and there are a lot of guys involved who have worked very hard for this team.

“You have to be confident going into any championship match but what makes me confident is the attitude of our players, they have done anything we’ve asked of them and they are a very committed bunch of players.

“I believe that we have the ability to play to their true potential and if they do that, we’ll be there or there abouts.”