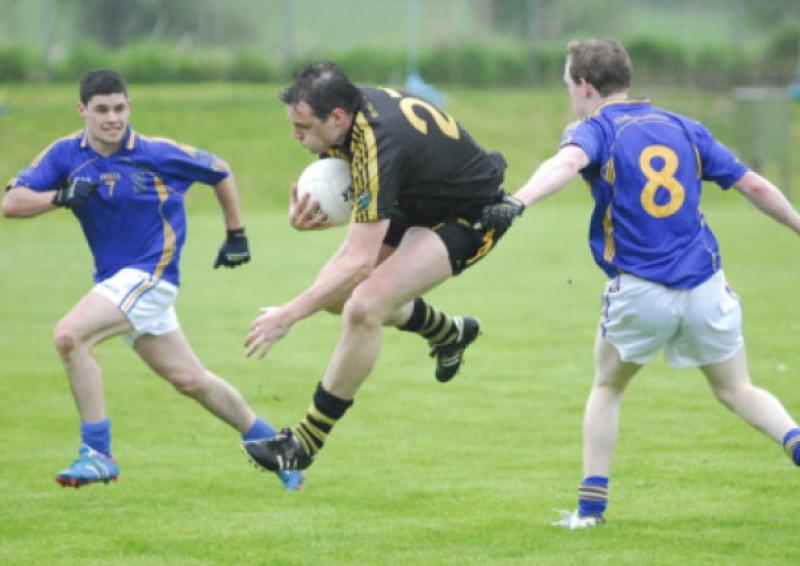 Bornacoola left their league form behind them when they recorded a narrow but deserved Connacht Gold Senior Championship victory over Aughawillan at Ballinamore last Saturday.

Bornacoola left their league form behind them when they recorded a narrow but deserved Connacht Gold Senior Championship victory over Aughawillan at Ballinamore last Saturday.

The winners were much the better team in the first half and led seven points to three at the break, but in typical Aughawillan fashion, the willies fought back to within a point of the winners, but just could not get that all important equaliser.

It was the losers who hit the front in the very first minute, a good point from Gary Plunkett. Bornacoola were beginning to win the midfield battle, but wasted a lot of possession early on, kicking four poor wides before they recorded their first point after 11 minutes from the boot of Damien Moran.

Brian Conroy and Moran, who were causing all kinds of trouble for the Aughawillan defence, hit over two more points to be followed by a Mark McCloskey point from a free after 18 minutes to give the winners a three point advantage.

A Sean Flanagan point kept the losers in touch, but the Bors extended their lead shortly afterwards when Conroy and McCloskey hit over two points. Stephen Gilheaney and Brian Conroy exchanged points before the break to give the winners a four point lead at half time.

Aughawillan had the better start to the second half, and within seven minutes had reduced the arrears to two points following points from Barry Prior and Stephen Gilheaney. But the winners responded well and hit over two similar scores from Moran and McCloskey to reclaim their four point advantage.

Aughawillan began to play their best football of the game, and three points in a blistering five minute spell from Gary Plunkett (2) and Morgan Quinn left just a point between the sides. The next score was going to be vital, and it came from the boot of Mark McCloskey with a fine point which in the end turned out to be the winning score.

Michael Quinn reduced the arrears again to a point with five minutes remaining, but his involvement in the game ended shortly afterwards when he received a second yellow card from referee Eamon O’Grady.

The losers kept plugging away in search of an equaliser, but the Bornacoola defence held out to record a narrow one point victory.