Cloone prove too strong for neighbours 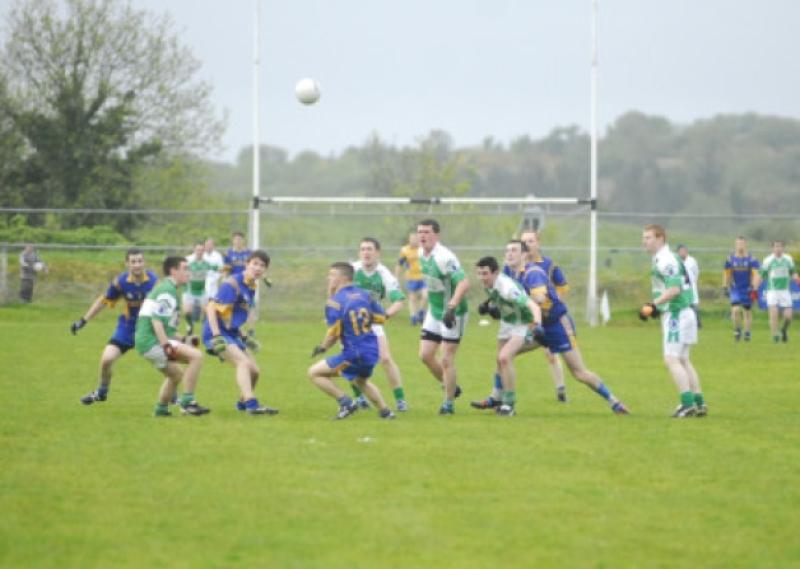 Local derbies can be very difficult to call in terms of who will emerge victorious and that proved to be the case in Drumshanbo on Saturday last as close rivals Aughavas and Cloone met in the opening round of the GWP Intermediate Championship.

Local derbies can be very difficult to call in terms of who will emerge victorious and that proved to be the case in Drumshanbo on Saturday last as close rivals Aughavas and Cloone met in the opening round of the GWP Intermediate Championship.

Form coming into the game suggested a routine win for Cloone and while the final score may suggest an easy win, Aughavas made their neighbours work very hard for their win.

The emphatic manner in which Cloone finished the game was similar to how they started as Aughavas failed to make any impression in midfield meaning wave after wave of Cloone attack was launched towards the Aughavas goal.

The only reason Cloone didn’t have a decisive lead established after 10 minutes was due to their wayward shooting. Despite six wides in the opening 12 minutes Cloone did open up a lead with points from Damian O’Donnell (free) and Ronan Mulvey while Aughavas struggled to make any impact on the game.

Having played second fiddle during the opening quarter Aughavas got back into the game in slightly bizarre circumstances. Having opened their account with a 14th minute Kevin Keegan free, two minute later, a dangerously floated free from Keegan was met by Dan O’Brien’s fist. Following a serious of ricochets that saw the ball strike the upright and a Cloone defender the ball somehow ended up in the net.

Cloone, to their credit, came fighting back. A Ronan Mulvey point reduced the deficit before referee Gareth Foley awarded Cloone a penalty following a foul by Eoin Brennan on Mark Creegan. Gavin Reynolds accepted responsibility for the penalty and casually slotted the ball into the bottom corner to regain the lead.

The game was now heating up as it reached championship intensity and with Aughavas becoming much more competitive in midfield where Derek Maguire and Ciaran Moran were beginning to establish themselves, it was clear the pre-match assumption of a routine Cloone win may have been premature. In the final eight minutes of the half, Keegan (two frees) and Moran pointed for Aughavas while Damian O’Donnell and Michael Bohan were on target for Cloone who held a slender 1-5 to 1-4 lead at the break.

Although Cloone opened the second half with a Damian O’Donnell free it was Aughavas who now looked the more dangerous and points from Ciaran Moran (free) and Dan O’Brien meant approaching the midway point in the second half there was nothing to separate the sides.

Following a serious injury to Cloone’s Alan Canning Aughavas took the lead with Ciaran Moran once again on target from a free. It now appeared as though an Aughavas victory was a very real possibility but Cloone showed great character to up their game considerably in the latter stages. Mickey Lohan was instrumental as he drove his team on from midfield while Damian O’Donnell offered a touch of class that caused all manner of problems for the Aughavas defence.

Two points from O’Donnell (one free) either side of a Derek Maguire strike gave Cloone a two point lead with less than 10 minutes remaining. Those final 10 minutes would not have made for enjoyable viewing from an Aughavas point of view as Cloone continued to pour forward at every opportunity.

Aughavas goalkeeper Fintan McBrien made an excellent save to deny Brian Mulvey. Ultimately McBrien’s heroics counted for little as Cloone showed no sign of easing up and they finished the game with three further pointed frees, two of which came from Damian O’Donnell while the other was scored by Ronan Mulvey.