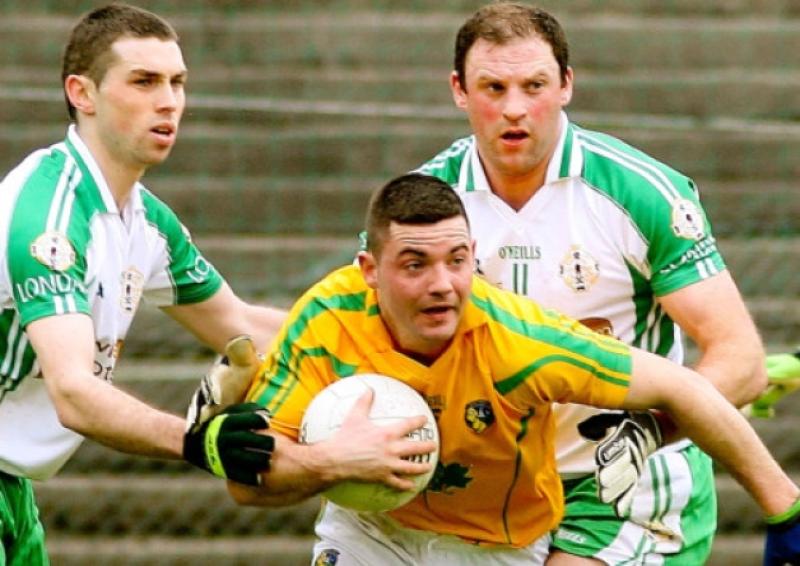 London Calling is a heading below of all sports writers when a team from Connacht heads across to Ruislip but for the first time since 1977, it will be Leitrim Calling after London provided the shock of the 2013 Championship when defeating Sligo last Sunday.

London Calling is a heading below of all sports writers when a team from Connacht heads across to Ruislip but for the first time since 1977, it will be Leitrim Calling after London provided the shock of the 2013 Championship when defeating Sligo last Sunday.

Sligo were expected to provide the opposition for Leitrim at the end of next month in Pairc Sean Mac Diarmada but the Exiles 1-12 to 0-14 victory over the Yeatsmen has really put the cat among the pigeons, particularly for the Connacht GAA Council who have now seen a possible bumper crowd for a local derby disappear.

With many Leitrim fans already talking as if a Connacht Final appearance is in the bag, supporters would do well to remember just how close London came to dumping Leitrim out of the championship last year in Ruislip and were desperately unlucky not to beat the Green & Gold in Carrick earlier this year in the last game of the Allianz League.

Injury worries also raised its head for Leitrim fans at the weekend after James Glancy & Gerry Hickey, who both started against New York, were forced out of Glencar/Manorhamilton’s 11 point victory over Annaduff last Saturday through injury while Ray Cox also missed the game for Annaduff with a hamstring complaint.

Glancy suffered a badly broken nose but it is believed that the long serving veteran should recover in time to face London. The news regarding Hickey is not as positive as the first year championship starter is facing a tough battle to be fit for the London game.

With Leitrim joint manager Brian Breen a more than interested spectator, London ran the gamut of emotions as they survived a first minute goal scare, dominated the first half and missed a penalty before Sligo native Padraig McGoldrick was sent off in the second half.

That dismissall allowed Sligo come back into the game and the Yeatsmen hit the woodwork in the dying seconds when a point would have secured extra-time but the Exiles held on for a deserved win.

Manager Paul Coggins has seen his side come close in the last two years but admitted it was worth the wait - “It’s unbelievable really. We’ve waited since 1977 for this win. Some great players and managers have passed through London since then. It’s probably our most complete performance since I became manager. We beat Fermanagh two years ago but this is our best result.

“My ambition always was to get a win in the Connacht championship. But winning today isn’t the end of our ambition. We’ll get ready during the week for the trip to Carrick-on-Shannon. We’re not in any way finished yet.”

For goal-scorer Lorcan Mulvey, the clash with Leitrim will be extra special as he is related to the Guckian and Mulvey families from Carrick-on-Shannon, both steeped in the Green & Gold - “London hadn’t won a Connacht Championship game since 1977, so it was a massive day. Paul [Coggins] has to take a lot of the credit.

“The shock has finally happened so hopefully people will now look at us a team that needs to be respected. That is the main word: respect. We respect every team we play and now we demand that from others.”

One notable difference ahead of throw-in last Sunday was the difference in size between London and Sligo. The hosts were physically bigger and made it count, and Mulvey knows they hold a similar advantage when they travel to Carrick-on-Shannon on June 23.

“Myself, Caolan Doyle, Mark Gottsche, Paul Geraghty, Damien Dunleavy, Ciaran McCallion, Greg Crowley — they’re all six foot men. Some of them can play football too! This majority of this squad has been together for over three years. In recent years the difference between ourselves and counties back home is that they are playing together all the time, they’re used to each other.”

With Eamon O’Hara launching an astonishing attack on him later that evening on The Sunday Games, Sligo boss Kevin Walsh said “We knew all along it was going to be tough over here. But the game was there for us. The luck of the gods wasn’t with us - we hit the woodwork twice from open goal chances and didn’t even get a point out of either of them. That came back to haunt us.”