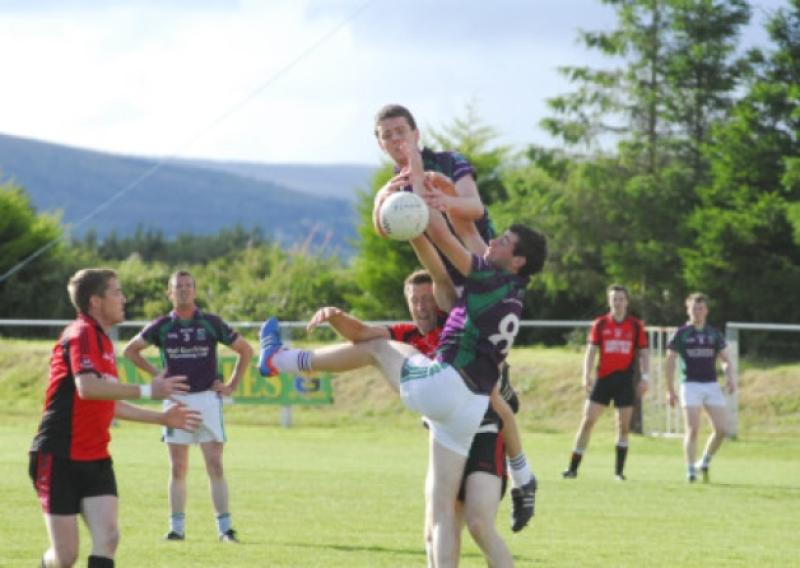 Next Saturday’s eighth place playoff games are the first of this year’s true winner takes all encounters in this year’s Club Championships.

Next Saturday’s eighth place playoff games are the first of this year’s true winner takes all encounters in this year’s Club Championships.

The Connacht Gold Senior Championship playoff pits neighbours and fierce rivals Annaduff and Bornacoola against each other in a match that is sure to be fought tooth and nail until the very last second.

The Glenfarne Woods Products Intermediate Championship playoff is equally intriguing with another set of neighbours in Cloone and Fenagh St. Caillin’s taking on each other as the curtain raiser on Saturday in Pairc Sean Mac Diarmada.

Victory will see the winner go into the quarter-finals while the loser goes into a relegation playoff series where anything can happen. The Senior relegation battle already features Drumreilly, Aughawillan and Kiltubrid while Ballinaglera, Aughavas and Leitrim Gaels await the losers of the Fenagh v Cloone clash.

The Senior game is a really difficult one to predict - Annaduff saved themselves last weekend with a return to their traditional battling, high tempo efforts against Allen Gaels but Bornacoola showed they won’t lie down as they twice threatened to overcome Gortletteragh in their winner takes all encounter.

Bornacoola probably have an edge in physical strength and Annaduff will want to see Ray Cox back to full fitness as he struggled last weekend but an emerging forward line with pace could cause the Bors lots of problems.

Cloone were unfortunate to be drawn against Ballinamore and Eslin but will fancy their chances after two solid showings. Fenagh recorded their first win but they have struggled so far in the championship and will come up against a very motivated Cloone squad.

Cloone have to be fancied in the Intermediate game but the Senior clash really could go either way - Bornacoola have been hot and cold so far this campaign but their experience may just see them sneak through here.