It is tough on the lads to lose, they had beaten everyone in this competition already ... they certainly weren’t disgraced 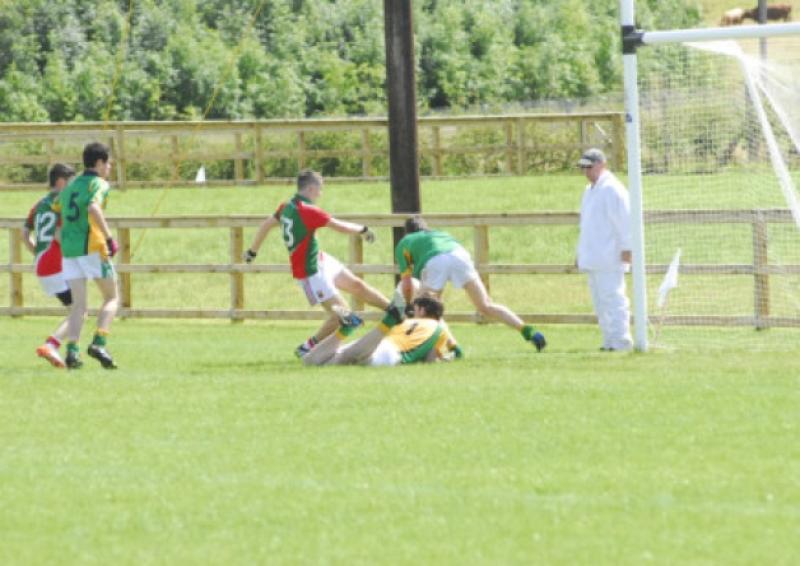 Disappointed but proud can sum up the reaction of manager Shane Heslin after Leitrim’s loss in the Ted Webb Cup Final.

Disappointed but proud can sum up the reaction of manager Shane Heslin after Leitrim’s loss in the Ted Webb Cup Final.

Heslin, who headed up the management team with Adrian Cullen, Pat McWeeney, John Sheridan and Sean Watters, said that a poor start cost his team dearly last Saturday but promised that the players on the U-16 squad would go on to good careers with Leitrim.

“We’re just disappointed we weren’t able to win it,” said Shane, “Three points, not a whole hell of a lot in it, just a kick of a ball in the end and we were going at them at the end and maybe if we had a bit more belief at the start and go at them, it might have made a difference.

“It is a final, it is probably the first final those lads have been in with Leitrim and it is a bit of an occasion you know and it takes from lads but they will develop and they’ll come back.”

And Shane backed the current squad to progress in the years ahead even if they are up against the bigger resources of other counties - “It is progress, they’ve beaten this Mayo team already, they’ve beaten the Sligo A team, the Roscommon A team to be here. That in itself is progress but it is a numbers game at the the end of the day.

“You can see what Mayo have, they have big physicality and we’re picking out of a small base to deal with that. They’re doing their strength and conditioning, they’re doing their fitness work and that is the way it has to start. They certainly weren’t disgraced and they are well able to hold their heads high after it.”