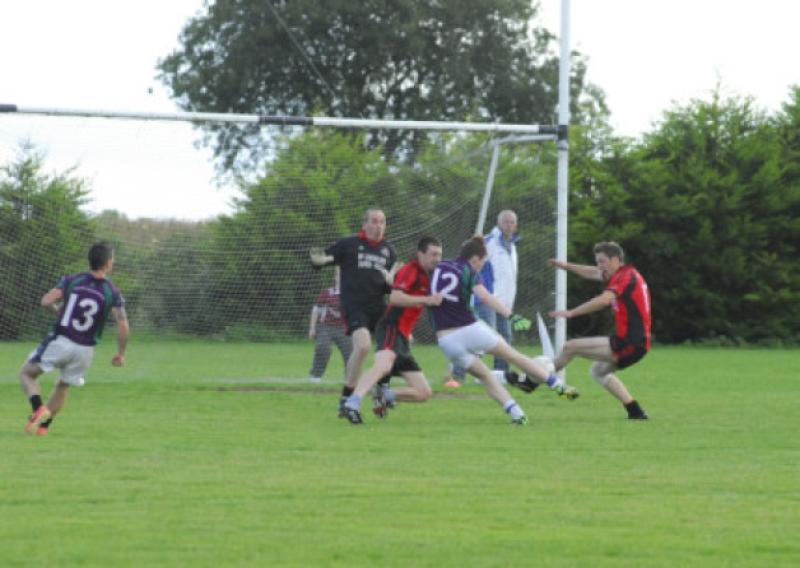 Having lost their opening two games in the Championship both Fenagh and Leitrim Gaels knew the importance of last Saturday’s encounter.

Having lost their opening two games in the Championship both Fenagh and Leitrim Gaels knew the importance of last Saturday’s encounter.

The first year at Intermediate has proved to be something of a learning curve for Leitrim Gaels and in Drumshanbo last Saturday a Fenagh team with a nice blend of youth and experience proved too clever over the course of the game.

Wastefulness in front of goal in the early stages meant Fenagh struggled to pull away from their opponents and by the midway point in the opening half had only a three point lead to show for their dominance with the scores coming from Martin Doonan, Donal Wrynn (free) and Michael Doonan.

Having been under sustained pressure Leitrim Gaels came close to an equaliser but Aidan Flynn’s shot was just wide of the Fenagh goal.

Leitrim Gaels opened their account in the 20th minute when Ricki Wynne pointed and that was followed by a Mick McWeeney point after a perfect pass from Michael McManus.

However, it was Fenagh who finished the half on a high with points from Paul Ellis, Fergal Ellis, Donal Wrynn (free) and Brendan Flynn leaving the score 0-7 to 0-2 at the interval.

Fenagh continued to look the sharper after the break and points from Fergal Ellis and another Donal Wrynn free further extended their lead.

It was to get worse for Leitrim Gaels as Fenagh struck for the game’s first goal but Michael Doonan’s control and his pass to Fergal Ellis can only have been appreciated by all in Shane McGettigan Park.

After Doonan’s deft touches, Ellis’ shot was nothing short of emphatic as he all but ended the game with a fine finish.

To their credit Leitrim Gaels continued to battle and looked dangerous when the opportunity arose to attack. Midway through the second half their persistence paid off when Ricki Wynne turned sharply and finished emphatically to the Fenagh goal.

Ultimately this proved to be no more than a consolation and Leitrim Gaels enter the relegation play-offs.