Eslin march on to the quarter-finals 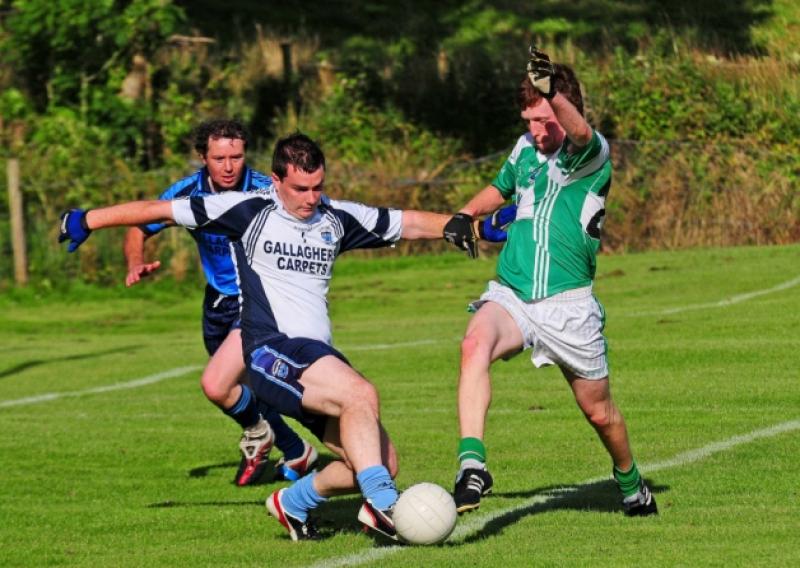 Eslin continued their winning ways and booked their place in the quarter finals with a significant win over Aughavas in Carrigallen last Saturday.

Eslin continued their winning ways and booked their place in the quarter finals with a significant win over Aughavas in Carrigallen last Saturday.

Aughavas started in whirlwind fashion with John Conefrey on top at midfield and his team had four points on the board within 12 minutes. Kevin Keegan scored two with Enda Shortt and Niall McGuire also scoring.

Eslin eventually settled and Shane Beirne got their first point after 18 minutes followed by a Conor Beirne free. A great run by Eamon Stenson put Declan Ward through for a point followed by an excellent Shane Beirne point.

The last three minutes of this half changed the game with goals from Conor and Niall Beirne sending Eslin into the break with a six point cushion, 2-4 to 0-4.

Aughavas started well in the second half again and points from Kevin Keegan and Gavin Farrelly reduced the deficit but points from Barry McLoughlin and Conor Beirne restored Eslin’s advantage.

After ten minutes of the second half, John Conefrey, who caused Eslin trouble all evening planted a soaring ball in to the back of Eslin’s net. Aughavas had the opportunity to level at this stage but Dan O Brien’s effort was well saved by Emmett Higgins.

Tomas and Conor Beirne then pointed one each. Play became scrappy with both sides having goal chances but only managed points from Kevin Keegan and Paul Kilcrann. With five minutes left, Conor Beirne & Kevin Keegan swapped points but Eslin finished strongly with an Eamon Stenson point and an injury time goal from Niall Beirne.

Brian Higgins closed out the scoring with a point but Eslin manager Sean Logan will know only too well that his charges will have to improve if they are to progress further.