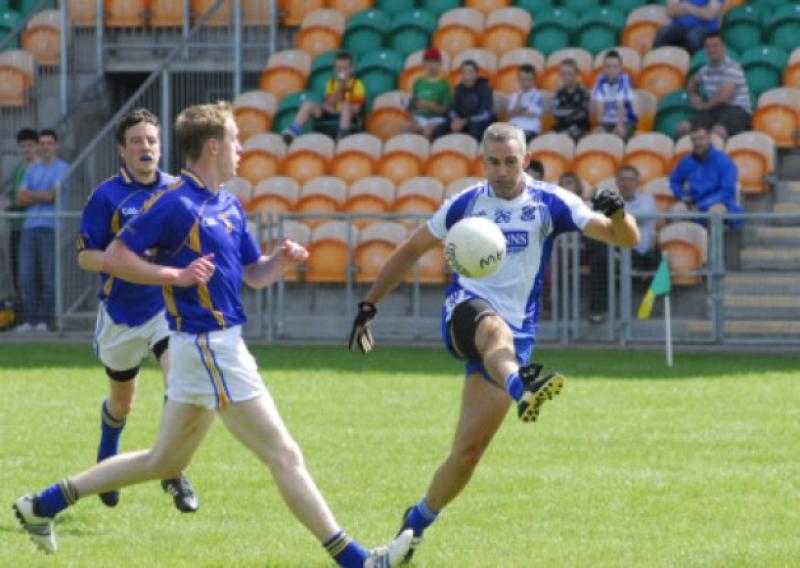 A desperately unlucky Aughawillan ended their Group campaign without a win as an understrength St. Mary’s hung on for a draw.

A desperately unlucky Aughawillan ended their Group campaign without a win as an understrength St. Mary’s hung on for a draw.

Indeed, Aughavawillan will wonder how they lost this one as they were seven points clear after 14 minutes and missed a succession of chances that could have given then a deserved win but their shooting let them down.

Aughavawillan started off impressively with seven points from Morgan Quinn(2), Barry Prior (2), Mark & Gary Plunkett and Ciaran Gilheaney but they were dealt a blow when Brian O’Donnell fisted home a pass from Niall Comerton on 16 minutes.

A Mulvey goal five minutes into the second half seemingly had Mary’s in complete control but again Aughawillan came back with four points on the trot but crucially, they could never get in front with two bad wides.

St. Mary’s took full advantage with Comerton, Doherty and Mulvey all adding points in less than two minutes and the match seemingly all but over but Aughawillan refused to be cowed.

Noel Plunkett fired over a wonder score, Christy Prior fisted over and Barry Prior hit a free but they also saw Gary Plunkett hit the crossbar and miss two more great chances.