Dromahair
impress on their way to last eight 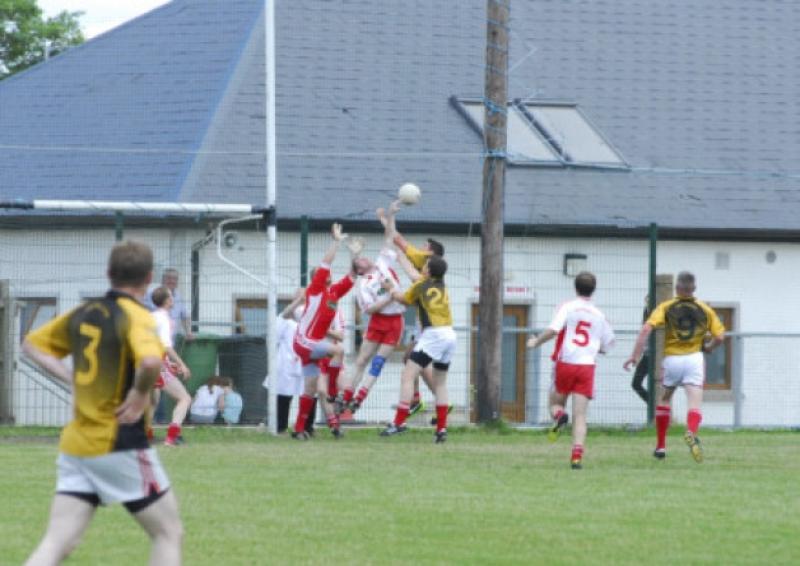 The odds on Dromahair claiming the Championship may have tumbled in recent weeks but they cruised into the last eight in impressive style.

The odds on Dromahair claiming the Championship may have tumbled in recent weeks but they cruised into the last eight in impressive style.

Without Paddy McGowan and Kevin Conlan Dromahair were seen by some as being vulnerable but they bossed last Sunday’s encounter in Leitrim Village.

The scoring power offered by Conor Kelly, Christy McGowan and Cian Clinton means Dromahair will have a significant say in the destination of this year’s championship but it was more than just the forwards who impressed,

Adrian Fowley and John Evans were dominant in midfield while Fergus Meehan and Barry Loughlin showed all their experience in a well marshalled full back line.

Five points inside the opening 10 minutes put Dromahair in control as Ballinaglera failed to make any impact on the contest.

The score that put Dromahair five points clear was truly a special one as Christy McGowan scored from a ridiculously tight angle, almost on the endline, to put his side in control.

Three Conor Kelly points in as many minutes (one free) further extended the lead and it was difficult to see how Ballinaglera could salvage anything from the contest.

Ballinaglera registered their first score of the game from a Seamie McMorrow free but Clinton completed the scoring to give Dromahair a 0-12 to 0-1 lead at the break.

Ballinaglera upped the intensity after the break with Seamus McGovern doing his utmost to get his team back in the game.

Enda McGuire and Patrick McGrail were both punished for early misses when Declan Fowley struck for the game’s opening goal.

Fowley timed his run perfectly to meet Brian Feeney’s delivery and with two outstretched hands he placed the ball past Padraig Clarke.

To their credit Ballinaglera kept battling and were rewarded for their efforts when Seamus McGovern released Enda McGuire and he shot low into the Dromahair goal.

That goal didn’t signal the start of a comeback but Ballinaglera outscored Dromahair over the next 15 minutes - two points to one.

With nine minutes remaining Cian Clinton dispatched a penalty after Declan Fowley was fouled to further increase the lead.

Subsitutes Gerard Kelly and Bertie Cunningham both pointed in the closing stages for Dromahair while two of Ballinaglera’s shining lights Seamus McGovern and Seamie McMorrow pointed but they proved to be little more than consolation scores.