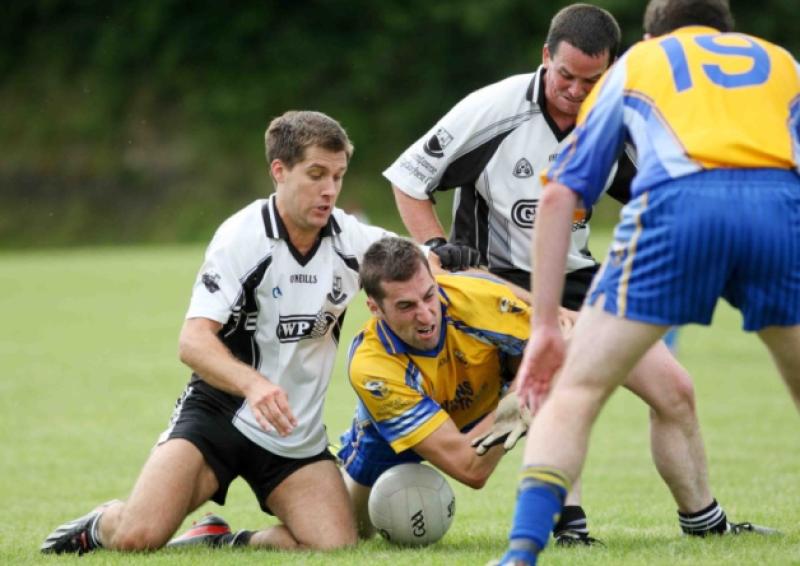 Glenfarne/Kilty had been top of the group but last weekend’s results saw them drop to third place on scoring difference and from a position of strength, they now have serious questions ahead.

The result also lifted Manor’s second string into an automatic quarter-final place and they will fancy their chances.

Manor got off to a blistering start when Aaron McDermott finished an Aaron Hickey side line kick to the net early in the game but Glenfarne/Kilty fought back with points from Niall Clancy, Paddy Kilkenny, Fergal Clancy and Conor O’Rourke but Aaron Hickey hit back from a free.

Hickey added three more before the break to leave Glencar/Manor 1-5 to 0-5 ahead and within two minutes of the restart Hickey stretched the lead from a free. Glenfarne/Kilty closed the gap with Glencar/Manor to two points after Fergal Clancy slotted over a free and Michael Ferguson hit the target from play.

Niall Clancy allowed Glencar/Manorhamilton a let off when he blazed a goal chance wide.

After missing a number of frees, Fergal Clancy got a 54th minute effort on target for Glenfarne/Kilty while sub Mark Ryan drove a Glencar/Manor shot inches wide in the following minute.

Before the end, man-of-the match Aaron Hickey added two points and Fergal Clancy replied with a Glenfarne/Kilty free conversion as Hickey’s side went on to claim a clear-cut win.