Quinn guides Gortletteragh through in style 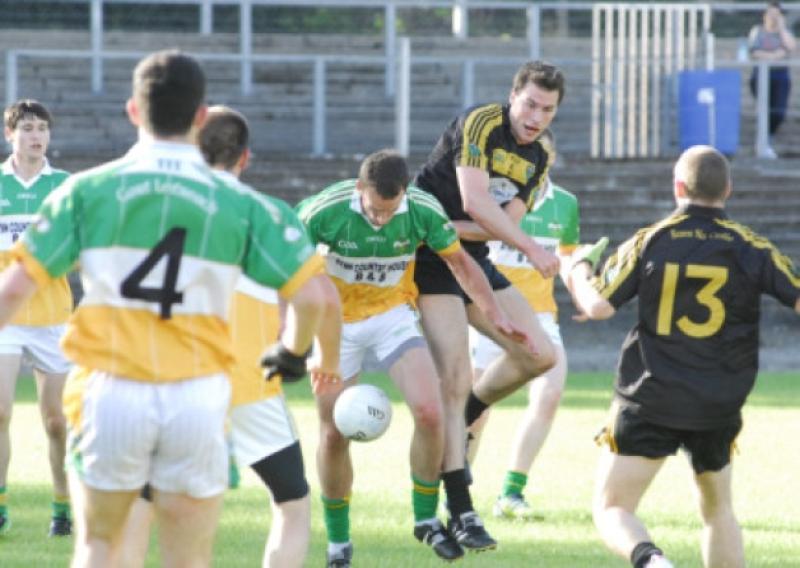 Despite looking twice as if they were headed for an easy win, Gortletteragh were made fight all the way to the end by a dogged Bornacoola.

Despite looking twice as if they were headed for an easy win, Gortletteragh were made fight all the way to the end by a dogged Bornacoola.

Gortletteragh started by far the better and led by five points only to be pegged back while in the second half, a streak of six unanswered points left them seven clear with less than ten minutes to go.

Yet Bornacoola, putting their demolition at the hands of St. Mary’s behind them, closed the gap to just a point deep into injury time only for Padraig Gallagher to notch a late point to seal the win.

It was a game that took a while to get going but when it did, it crackled as Bornacoola simply refused to accept defeat when it looked as if Gortletteragh were well on their way to victory.

Cathal Quinn was key to Gortletteragh’s win as he drove his team on and hit six points, including three great points in a row from play.

Gortletteragh got off to a flying start with two points in the first two minutes from Cathal Quinn and James Campbell before Padraig Gallagher’s long range shot deceived keeper Gerry Gerty and the ball ended up in the back of the net on five minutes.

Cathal Quinn added a point before a lethargic Bornacoola found their form - Michael Duignan took a nice point and the points started to flow with Brian Conroy, Sean McKeon, Anthony Mulligan and Damien Moran all pointing over the next ten minutes before David O’Connor burst through to level the scores on 19 minutes.

Bornacoola cut the lead to a point with second half scores from Trevor Howard and Sean McKeon but Gortletteragh soon hit a purple patch with six unanswered points.

Padraig Gallagher had a well taken score on six minutes before Cathal Quinn hit three great points from play while another shot came off the woodwork. Kevin McGrath saw a shot tipped over before McCrann converted another free to leave Gortletteragh 1-13 to 0-9 in front.

Bornacoola fought back with sub Mark McCloskey firing over two frees before a great team move, going through five sets of hands, ended with Brian Reilly planting the ball in the net.

McCloskey narrowed the gap to a point but another Gallagher point ensured a two point win for Gortletteragh.