Champions march into quarter-finals with ease 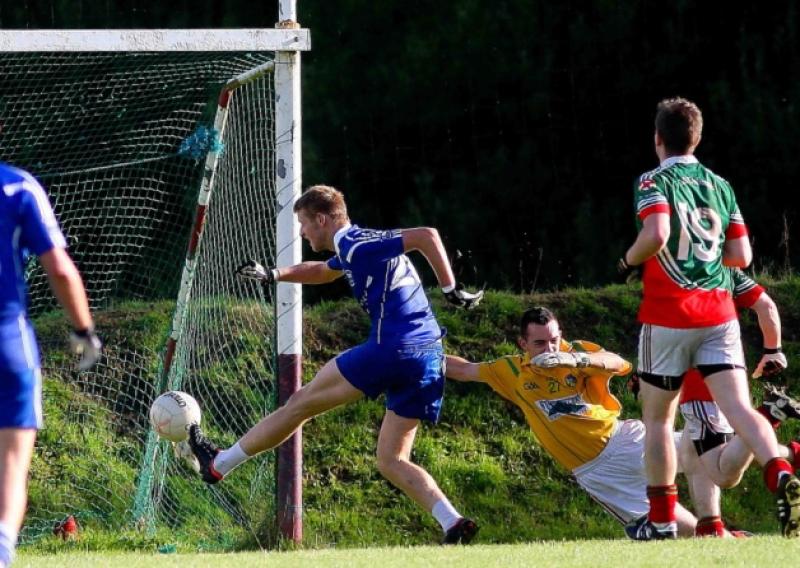 Melvin Gaels proved much too good for Kiltubrid in Saturday evening’s final Group 3 game and easily advanced to the senior club championship quarter-finals.

Melvin Gaels proved much too good for Kiltubrid in Saturday evening’s final Group 3 game and easily advanced to the senior club championship quarter-finals.

This game was played after a cloud burst which turned the Drumkeerin pitch’s car park into a mini lake momentarily. But still the excellent Drumkeerin pitch was totally playable ten minutes after the cloud burst ended, permitting the game to start on time.

Even though Melvin Gaels have lost some key players since they defeated Glencar/Manor in last year’s county final they have transformed themselves into a formidable outfit in the interim and perhaps still could win back to back titles.

It took a terrific save by Kiltubrid keeper Kieran Murray to deny a goal bound Liam Ryan shot in the game’s first minute. But Conor Sheridan opened the Gaels account in less than 30 more seconds when he put over a well struck 45metre free.

Noel Gill levelled the contest when he replied with a point from play but the Gaels took over as David McSharry & Peter McGowan (2) all hit points and Jesse McGuinness gave Melvin Gaels command of the encounter when he finished to the net after being put through by Liam Ryan.

After going 16 minutes without a score Kiltubrid replied with an Emmet Mahon free with David McSharry and James Gill swapping points before the break to leave Melvin Gaels 1-5 to 0-3 in front at the break.

In the opening ten minutes of the second half the Gaels stretched their lead with points from McSharry, James Bredin and Thomas Lipsett. Kiltubrid was held scoreless until the 40th minute when halftime sub Stephen Guckian shot a point from play.

Peter McGowan killed off the game with a quick 1-1 but Kiltubrid finished the game with a flourish when Emmet Mahon converted a late penalty, awarded for a foul on Keelan McKeon.

Following that Melvin Gaels held out for a convincing win when sending Kiltubrid into the senior football championship relegation play-off series where they will have to fight for a place in the 2014 county blue ribbon competition.

Kiltubrid will be up against either Aughawillan, Drumreilly or the losers of the Annaduff v Bornacoola playoff game from next weekend.