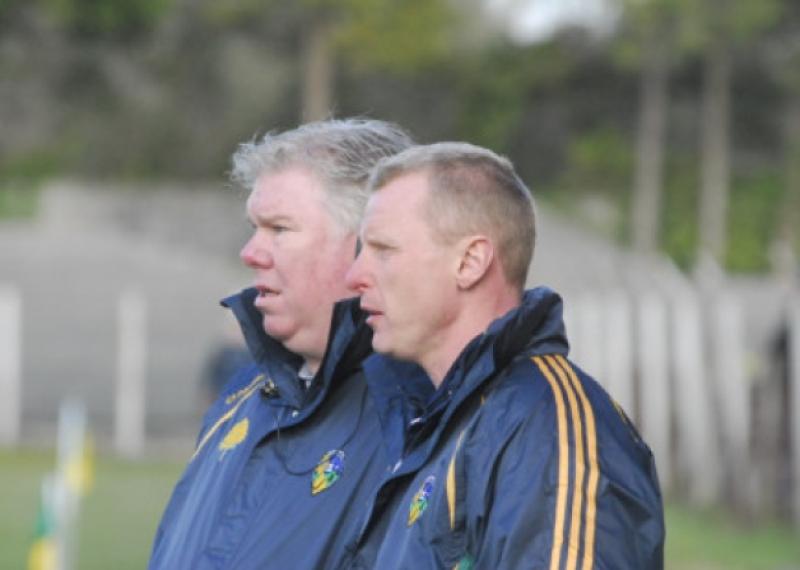 Time for nominations for the position of Leitrim Senior team manager is running out with Friday the deadline day for prospective managers.

Time for nominations for the position of Leitrim Senior team manager is running out with Friday the deadline day for prospective managers.

The focus may very much be on the club championship at the moment but speculation is rife after the County Board issued a statement last week seeking nominations for the position of Senior team manager by next Friday, August 9.

However, the Leitrim Observer has learned that outgoing managers Brian Breen and George Dugdale have not ruled out continuing on in the role if they are nominated by clubs ahead of next Friday’s deadline.

When contacted about their intentions, neither was willing to make any comment. However, the Observer believes that were they to be nominated, both Breen & Dugdale would seriously consider staying on for another year to build on their work of the last two years.

The pair, who led Leitrim to the FBD League title earlier this year and a first ever Qualifier win last year, retain strong support among the playing squad with many of the players who I have spoken to in recent weeks coming out strongly in support of the duo continuing in the role, many emphasising the gains they have made in strength and conditioning over the last two years.

Given that the Board asked clubs for nominations, a nomination for the outgoing management team could leave the County Board with a dilemna, particularly after their fulsome support for the pair following the dropping of four players from the county panel for breaches of the team’s code of conduct.

Among the other names mentioned as possible managers include current Annaduff manager Michael Moyles while 1994 Connacht Championship winning Leitrim keeper Martin McHugh is also believed to be interested in the position.

McHugh has a strong record with clubs in the Longford area and is currently working with Glenfarne/Kiltyclogher while Moyles impressed many by bringing Annaduff to the Senior Semi-Final two years ago and he recently returned to the helm in Annaduff.

Current Sligo Minor manager and former Glencar/Manorhamilton boss Glenn Young has also been mentioned as a possible candidate for the position while internet message boards have speculated that former Monaghan boss Seamus McEnaney and current Galway hurling manger Anthony Cunningham may be interested in the position.