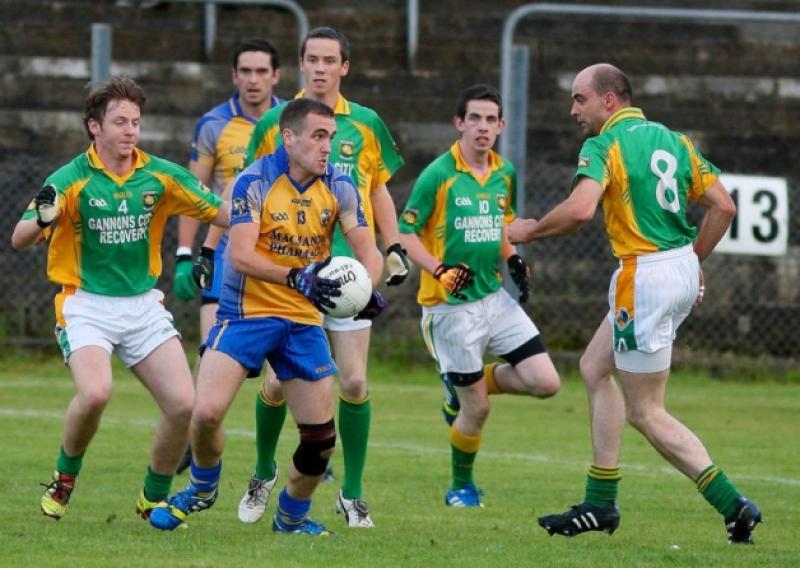 Despite a promising opening 22 minutes, Drumreilly were unable to match the superb Glencar/Manorhamilton last Saturday in Drumkeerin.

Despite a promising opening 22 minutes, Drumreilly were unable to match the superb Glencar/Manorhamilton last Saturday in Drumkeerin.

Drumreilly manager Pat Donohoe expressed disappointment that the game was not scheduled at the same time as the other Group 2 fixture between Annaduff and Allen Gaels which was played on Sunday.

Annaduff defeated the already quarter-finals qualified Allen Gaels in that clash, a result that eliminated Drumreilly from the championship.

Brian Fee opened the scoring after six minutes but Drumreilly had a let off a minute later when Michael McGirl smothered a James Glancy shot that had goal written all over it.

Despite a Cormace Maguire point, Manor went in front with points from Gerry Hickey, Adrian Croal and Evan Sweeney before James Holohan hit a well-taken point. Neither side scored for another 11 minutes until Adrian Croal whipped over a 23rd minute point but Glencar/Manor finished the half strongly with 1-2, the goal coming from a close range Niall Brady finish.

Conor Gaffney reduced the deficit four minutes after the restart with a point and Jimmy Holohan was denied a goal when Fintan McGourty saved a shot.

Glencar/Manor switched up a gear and completely dominated the play until the end of the third quarter, adding 1-3 with Brady getting his second goal of the contest after a Croal shot came back off the top of the Drumreilly right upright.

Jimmy Holohan slightly dented Manor’s lead with a 45th minute goal but Glencar/Manor hit back with an unanswered 1-4 over the next ten minutes, Niall Brady hitting his third goal for his hat trick and then added a point to complete his side’s scoring in the game.

Conor Gaffney replied with a consolation point for the Drumreilly near the end after which Glencar/Manor ran out 22 points winners.