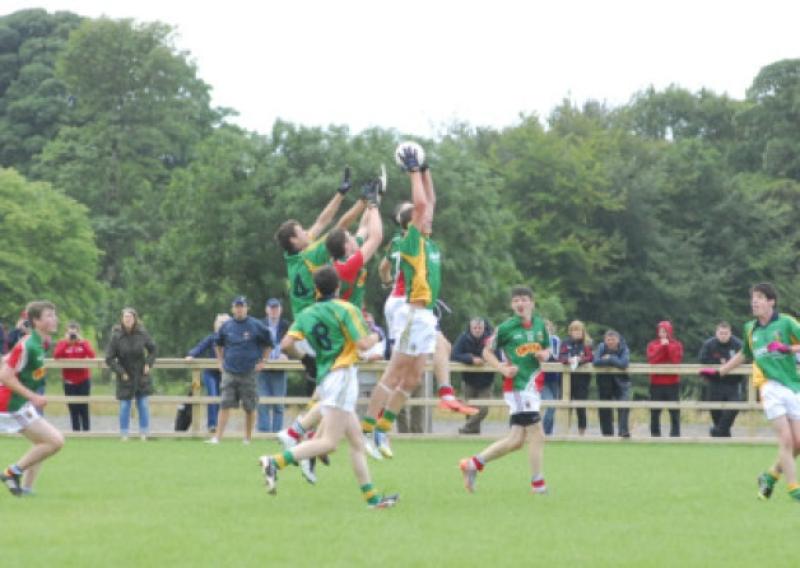 Manager Shane Heslin paid tribute to his players and their parents for all their efforts throughout the year with the U-16 squad.

Manager Shane Heslin paid tribute to his players and their parents for all their efforts throughout the year with the U-16 squad.

“All credit to the lads and all credit to the lads on the panel, they couldn’t have done any more,” said Shane after last Saturday’s game at the Connacht GAA Centre of Excellence, “It is a learning experience, development football, and hopefully, this will stand to them.

“We’re just trying to bring on the young lads in Leitrim at U-16 level, develop them and hopefully in time, they will develop into a good Minors and ultimately Senior players.

“Thanks to all the lads, to the parents who have driven them around, got them to training and looked after them so well. We’re just disappointed we weren’t able to win it.”

The loss of Peter Reynolds was another blow that Leitrim suffered before the game and Shane admitted that the Ballinamore player was missed - “Peter was missing today, it was just unfortunate, he is a good lad and he got sent off the last day, these things happen. Probably if we had Peter it may have been a difference for the frees in the first half.

“But that is life, things like that happen and you have to move on and make the best of it. The lads who came in did well and all the lads on the panel did exceptionally well,” concluded Shane.