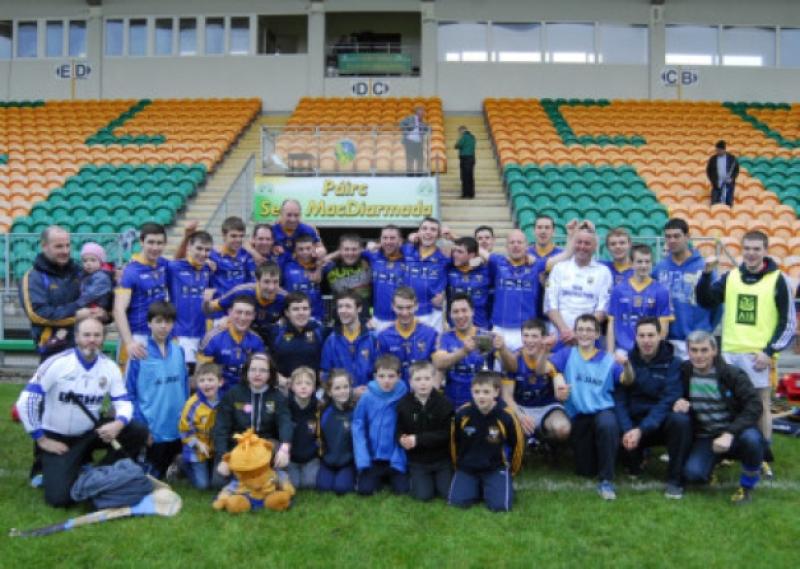 Cluainin’s hurlers look as if they are about to embark on a period of dominance to rival that of Carrick-on-Shannon’s greatest era after a dominating County Final win last Saturday.

Cluainin’s hurlers look as if they are about to embark on a period of dominance to rival that of Carrick-on-Shannon’s greatest era after a dominating County Final win last Saturday.

A young & vibrant Manorhamilton outfit took control of this control from the very first minute when Kevin Clerkin kept his goal-scoring touch going with a fine finish to get the champions defence of their crown up and running.

A ten point winning margin truly reflected the gulf between the team’s in stickwork and execution of the game’s skills as the traits that were once so brilliantly practiced by Carrick-on-Shannon are now the hallmarks of a young Manorhamilton team who can go on to dominate the small game in the county for years to come.

Carrick’s template for their 12 titles in a row was built on a rock solid defence and one or two forwards such as Clement Cunnife and Breian Carroll getting the crucial scores.

Last Saturday, Cluainin followed that path to perfection with Steve Feeney and Michael Poinard the stand-out performers for a defensive unit that was never truly under real pressure.

In attack, Manor’s transformation has been staggering - previously, they relied heavily on Gary Hickey’s long range frees for scores but they now have a genuine scoring threat from play with Gavin O’Hagan and Kevin Clerkin showing a finishing touch that Carrick could only envy.

O’Hagan would appear to be Clement Cunniffe’s successor as the county’s top freetaker and with his movement and stickwork, he is a real threat around the field.

Clerkin was always dangerous and a real goal poacher but they got great support from Niall McLoughlin, James Rooney and Karl McDermott as a very young side looks set to dominate for a long time to come.

Carrick’s cause was not helped by the absence of James Glancy, a man that holds his defence together.

It is true that all three of their goals came with a hint of fortune - the first after a long ball was missed by two defenders to leave two Manor men clean through on goal.

The second and third goals effectively killed off the Carrick challenge - despite playing second fiddle for much of the first half, force of will and some strong displays from one or two key players such as Vinny McDermott saw them level as the game approached halftime.

Then came two crucial game changing errors either side of halftime from Carrick keeper Alan Duffy - the first saw him hit a free straight to an unmarked Karl McDermott some 70 yards from goal. The trouble was Duffy was 35 or 40 yards away from his goal and McDermott’s shot flew straight to the net with nobody covering the goal.

The third goal killed off the game completely as Duffy dropped the sliothar under no pressure and failed to clear the ball, Kevin Clerkin forcing it home from close range.

Up to then, it had been nip and tuck - Clerkin’s first minute goal was matched by points from Brian Carroll, James Keane and Clement Cunniffe (2) with Man of the Match Gavin O’Hagan firing over four points, two from play.

Then Vinny McDermott drilled a great shot to the Manor net on 18 minutes and the game was back in the melting pot with two Cunniffe frees and one from O’Hagan leaving the halftime score at 2-5 to 1-6 for Cluainin.

Cunniffe had five wides in the first half and there was always the sense that Manorhamilton’s stickwork and impressive work-rate would see them take over and so it proved in the second half. Karl McDermott &Niall McLoughlin had quick points before Clerkin’s second goal and with O’Hagan adding two frees, the game was all but over seven minutes into the half.

Carrick prevented Manor from scoring for 16 minutes but they were only able to add two Cunniffe points from placed balls as the champions never looked in any real danger and in the final minutes, they put a scoring flourish on the contest.

O’Hagan, who would go to took his own tally to ten points while Niall McLoughlin got a second with a late free from Cunniffe the final action of the game.