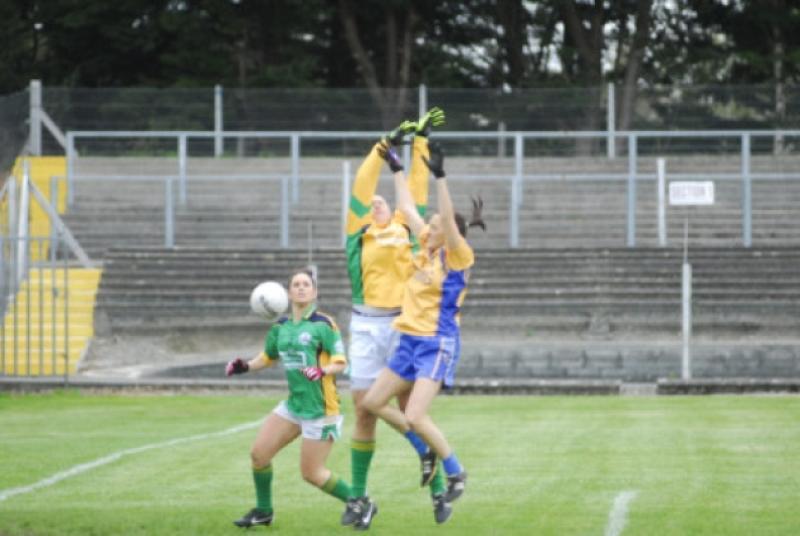 From the very first whistle, it was obvious that it was going to be a long and tough hour for Glencar/Manorhamilton last Sunday in Carrick.

From the very first whistle, it was obvious that it was going to be a long and tough hour for Glencar/Manorhamilton last Sunday in Carrick.

The Tesco Connacht Intermediate Championship clash was a completely one-sided slaughter from beginning to end as a very impressive Claregalway destroyed Glencar/Manor in every sector of the field from the very first ball to the last.

The Galway champions set the tone early with three points in the first two minutes of play as a shell-shocked Glencar/Manorhamilton simply didn’t know what hit them and it was no surprise when Michelle Dunleavey goaled after just five minutes.

Five more goals flew into the Manor net before the game was 15 minutes old and such was their dominance that Claregalway quite obviously took their foot off the pedal and stopped going for goals for the remainder of the contest.

Glencar/Manorhamilton didn’t score until the 46th minute when Ailbhe Clancy put over a free and indeed, their goal also came from a placed ball as Clancy dispatched a penalty with typical aplomb.

In fairness, the north Leitrim side did create a few other scoring chance, Liabh Broughton saw a shot hit the post before rebounding clear while they were unlucky with a few chances, Siobhan Feely just a matter of inches from diverting a crossed ball to the net.

But the truth was that Claregalway were a staggering class above the north Leitrim side. The Leitrim champions had used their fitness and strength to devastating effect against Cloone in the Leitrim final but they had no answer to the speed and movement of the Claregalway attack here on Sunday.

Most of the Galway team’s goals came from an attacker out-pacing an over-worked defender, running in 20 or 30 yards to score at ease.

Claregalway dropped their attacking intensity very sharply in the second half, taking long range shots that often went wide instead of running in for the kill as they had in the first half.

It was hard to find bright spots for Glencar/Manorhamilton - they kept fighting and battling but the truth was Claregalway were simply in a different class. Mary Poniard, Grainne O’Connor and Roisin Rooney worked hard but it was hard to stem the iresistable tide that swept over the Manor women.