Battling spirit not enough for Aughawillan 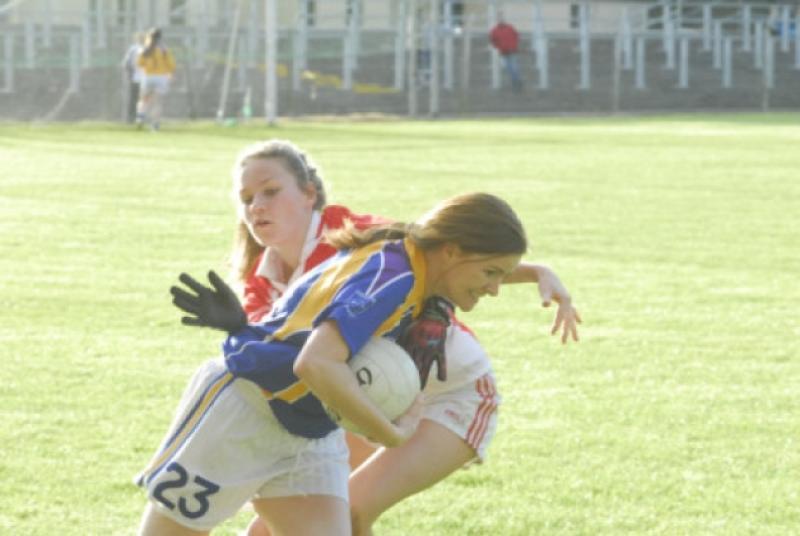 They battled, scrapped and fought for every ball but eventually Aughawillan were over-whelmed last Sunday by a powerful Kilkerrin Clonberne.

They battled, scrapped and fought for every ball but eventually Aughawillan were over-whelmed last Sunday by a powerful Kilkerrin Clonberne.

On a day when Leitrim teams suffered some fairly horrendous beatings in the Tesco Ladies Connacht Championship in Pairc Sean Mac Diarmada, Aughawillan at least provided a battle for an impressive Kilkerrin Clonberne in the opening half an hour.

Battling with pride, Aughawillan struck twice for goals from Carla Le Guen and Aileen Maugire in the first 2o minutes to keep pace with a Kilkerrin who made their intent know from the first whistle as they took the game to the Leitrim champions.

Aughawillan’s cause was not helped by the absence of Caoimhe Quinn and Eimear McGlade but it is hard to imagine that, even at full-strength that Aughawillan would have been a match for the Galway women.

It is saying something that Aughawillan battled so hard and were still beaten by a staggering 21 points!

With the impressive Olivia Divilly seemingly uncatchable as she roamed across the defence at will, the Galway side, like Claregalway did to Glencar/Manorhamilton, punched holes repeatedly in the Aughawillan rearguard as their pace and skill on the ball exposed the Leitrim team’s defensive frailties.

The gap between the teams was most illustrated in the second quarter when Aughawillan closed a five point lead down to just a solitary point as their combativity and spirit saw them stun the Galway team.

But the Kilkerrin Clonberne women demonstrated their class in the closing minutes despite losing wing-back Aisling Walsh to a yellow card.

If anything, the yellow card seemed to inspire the Galway side as they hit three points in added time as the end of the half to suddenly stretch their lead to six points and they quickly put the game beyond reach early in the second half when they struck for two goals in the space of 30 seconds.

The two goals killed off any hope Aughawillan still had of causing an upset and Kilkerrin forced home their advantage, scoring a staggering 11 points with only three in reply over the remainder of the contest.

Aughawillan’s cause was not helped either by an early injury to Grainne McGlade but apart from the impressive Aileen Maguire who hit 1-6 on the day, few of the Leitrim players managed to make a huge impression.