Superb Leitrim turn on the style in second half 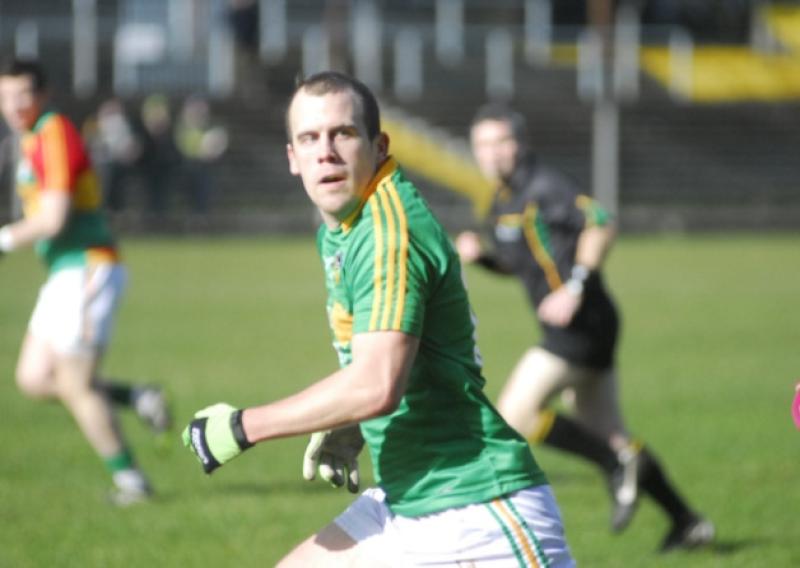 Fortress Aughrim has often seen Leitrim flounder and suffer demoralising defeats but when the game was in the boiling point, it was the Green & Gold who upped the ante and produced a fantastic second half display.

The win moves Leitrim second in the Division 4 table, denied top spot only by scoring difference as the campaign for promotion grows stronger and stronger with each passing week. Tipperary are top with Clare also on seven points in what promises to be an exciting climax to the League.

The win in Aughrim, as energising and uplifting as it was, did not come without high cost as Fergal Clancy, one of the undoubted success stories of the League, suffered a broken collar bone in a collision and could yet miss up to three months.

Clancy’s absence will be a major blot on Sean Hagan’s ledger after Aughrim, one that could come back to haunt Leitrim in the game ahead.

Hagan also took the decision to recall Enda Lyons to the starting line-up - the Carrigallen keeper was only brought into the panel after the injury to Cathal McCrann and he replaced Philip Farrelly who started against Carlow last week.

Lyons, currently the County Minor team manager, had a busy afternoon - conceding a penalty, getting injured and making a couple of top class saves to deny Wicklow certain goals.

A tight, tense and often chess like first half saw Leitrim hang on to Wicklow before striking three killer blows just before the break when James Glancy, Emlyn Mulligan and Robbie Lowe all scored points.

Those three scores wiped out a two point advantage hard won by the home side, leaving Wicklow to wonder exactly what had happened.

Equally important was a missed Paul Earls penalty just a minute into the second half. A goal at that stage would have put Wicklow two up but when the Wicklow men struck the post, Leitrim worked the ball the length of the field for Kevin Conlan to drive a dagger of a point into Wicklow hearts.

Perhaps the biggest talking point of the game was the absolutely astounding non-goal scored by Robbie Lowe - as footage on youtube shows (http://youtu.be/j1MFl5yu5lA), the St. Mary’s man clearly rattled his shot off the back bar in the Wicklow net but the “goal” was missed by the umpires.

It could have been a huge talking point had Leitrim not managed to stamp their authority on the closing stages of the contest but at the time, 12 minutes into the second half, Leitrim led by just two points and the verdict was far from certain.

The early exchanges were even with Rory Finn hitting two for Wicklow and Emlyn Mulligan and Robbie Lowe on target for Leitrim. Paul Earls added a point before Gerry Hickey hit a very bad wide, something replicated by Mulligan and James Glancy.

However, a black card for influential midfielder Niall Gaffney halted Wicklow’s march and the tit for tat continued with Kevin Conlan and Hickey on target, Seanie Furlong replying with two of his own.

Mulligan and Wicklow’s Conor McGraynor swapped points but as Wicklow opened a two point gap for the first time thanks to another Finn point, Leitrim upped the pace in the closing stages of the first half.

James Glancy swept over a great point, Mulligan converted a long range (awarded after a foul on Fergal Clancy that saw him injured) and Robbie Lowe finished off a great move to give Leitrim a 0-8 to 0-7 halftime lead.

Wicklow should have goaled just minutes into the second half as Enda Lyons made a footblock on a Furlong shot, getting yellow carded for his protests after. However, Earls didn’t convert the spot kick as his shot hit the post and Leitrim worked it down the field for Kevin Conlan to hit a fantastic point.

Sub Ray Cox, who made a huge impact once more, scored a great point and suddenly Leitrim were three clear and Wicklow looked all at sea.

Rory Finn added a brilliant long range point but with Lowe being denied a definite goal after a great catch from Ray Cox won the ball, Mulligan swapped points with Paul Earls as the home side kept the game at two points with 15 minutes left.

But Leitrim’s stamina and fitness came to the fore in the final 15 minutes, charging forward at every opportunity in waves - a Mulligan free was followed by a huge Aaron Hickey point, under ferocious pressure, before Furlong halted Leitrim with a point.

Mulligan tagged on a huge point from play, added a free before James Glancy put Leitrim six clear with less than four minutes to go when Leitrim turned over the ball and charged forward.

Furlong swapped a point with Darren Sweeney but the icing on the cake came two minutes into added time when Leitrim broke up yet another Wicklow move and after passes from Danny Beck and Emlyn Mulligan, Ray Cox gleefully fisted the ball to the empty net for a well deserved goal.

• See this week’s Leitrim Observer for reaction and analysis.