Leitrim do what they have to do 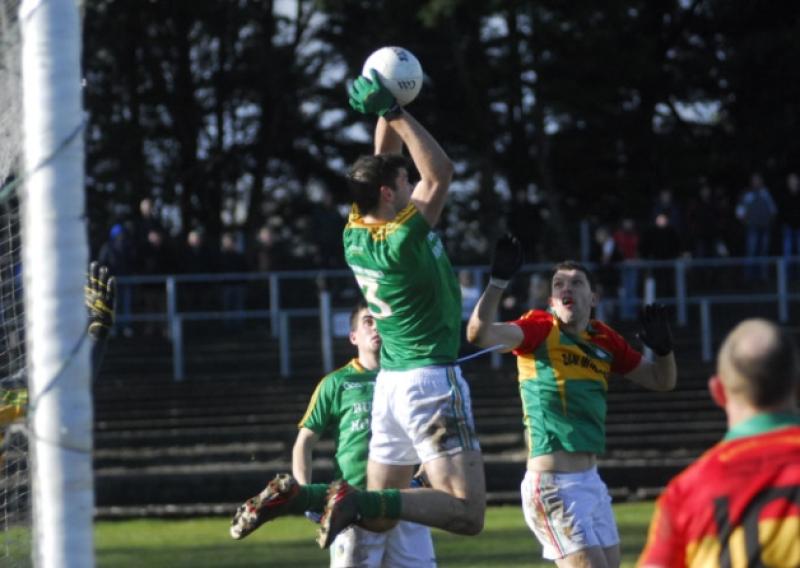 Leitrim’s dreams of promotion from Division 4 are still very much alive after a convincing if surprisingly easy victory over Carlow last Sunday.

Leitrim’s dreams of promotion from Division 4 are still very much alive after a convincing if surprisingly easy victory over Carlow last Sunday.

With injuries to Cathal McCrann and Tomas Beirne upsetting preparations for Sunday’s encounter and others not fully fit, Sean Hagan will have been delighted with the result but will know his team can play better.

With the exception of a few minutes at the beginning of the second half, Leitrim were dominant and the red card issued to Carlow’s Mark Brennan within three minutes of the restart all but ended the game as a contest.

Throughout the team, there were decisive contributions. Donal Wrynn was rock solid at full-back, Darren Sweeney influential in midfield and James Glancy caught the eye with some excellent scores.

Once again the half-back line was instrumental and in the absence of Paul Brennan, Sean McWeeney had a fine game, kicking two points, as did the other wing-back, Wayne McKeon. Centre-back Gary Reynolds also caught the eye as he was heavily involved in breaking up attacks and helping to launch counter-attacks.

While Leitrim were deserved winners, there is room for improvement. Men in possession were at times not supported as they were in earlier games and Carlow were too often allowed to take quick frees and create scoring opportunities.

That was how the visitors opened the scoring in the second minute after Seamus Kinsella was found.

That lead was not to last long as Damian Moran released Kevin Conlan who finished well and Leitrim took the lead when Emlyn Mulligan converted a free after a foul on Ray Cox.

At this stage, Leitrim were looking for a moment of inspiration and it came from an unexpected source. Sean McWeeney’s good run forward was matched by the quality of his shot to regain the lead.

Carlow were dealt a blow in the 18th minute when Murtagh Ware was issued with a black card and Leitrim immediately capitalised on Carlow’s misfortune with two points from Emlyn Mulligan, one from a free.

Another quick free gave Carlow a glimmer of hope, this time it was Paul Reid who benefitted from loose marking before slotting over.

Approaching half-time Leitrim increased the intensity and their lead with another Mulligan free and a fine James Glancy point to lead by five points.

The first half scoring was brought to a close by Wicklow’s Darragh Foley after Leitrim were again undone by a quick free.

The second half began with Carlow taking the fight to Leitrim and reduced the deficit to three points when Kinsella converted a free.

That was to be as good as it would get for Carlow as they were reduced to 14 players just two minutes later. Having already received a yellow card, the man who replaced Murtagh Ware was given a black card and then an automatic red card.

Clancy and Aaron Hickey points were followed up by a score from James Glancy that summed up the difference between the sides. After outjumping his marker Glancy fell to the ground and had to deal with two Carlow defenders. Showing greater determination he forced himself off the ground and applied an excellent finish.

Further points from Mulligan, McKeon and Robbie Lowe further extended the lead before Carlow gave themselves a glimmer of hope.

Cathal Coughlan got a decisive touch to knock Willie Minchin’s long ball into the path of Seamus Kinsella who goaled from close range, reducing the deficit to six.

That proved to Leitrim’s final score of the afternoon as Carlow hit back with points from Willie Minchin and Daniel St Ledger (45) but Leitrim had already done more than enough to ensure an emphatic, if easier than expected victory.