Momentum builds ahead of Aughrim test 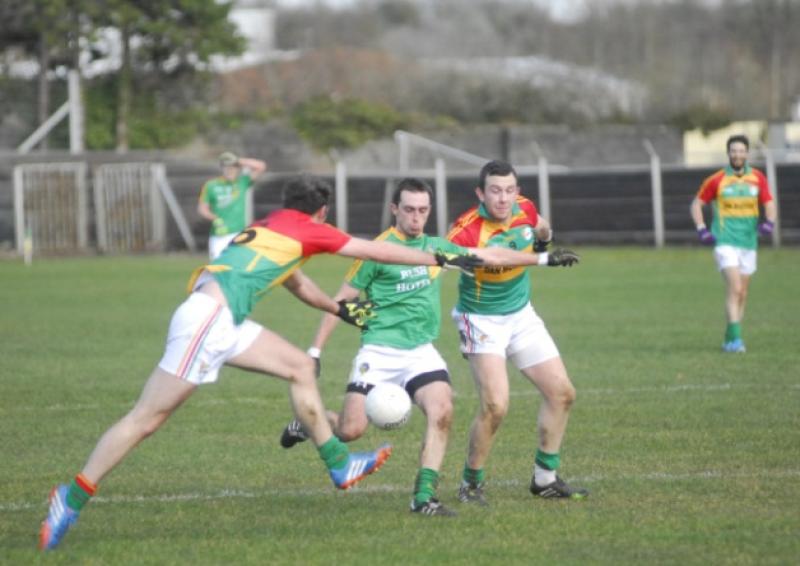 Aughrim will have a distinctive Leitrim flavour next Sunday as Green & Gold fans descend on the Wicklow town for a crunch Allianz League Division 4 encounter.

Aughrim will have a distinctive Leitrim flavour next Sunday as Green & Gold fans descend on the Wicklow town for a crunch Allianz League Division 4 encounter.

With Wicklow suffering their first loss of the campaign last Sunday in Antrim, the home side will be desperate to get back on track with a win but they face a Leitrim team who travel to Aughrim with genuine self-belief for the first time in many years.

Aughrim’s status as the wrecker of dreams is well deserved and many a good Leitrim team came a cropper in the Wicklow hills but the growing momentum and increasing belief among supporters will see Sean Hagan’s side travel with real confidence.

It is a message that Hagan seems determined to spread among his panel when he spoke with the Observer’s Philip Rooney last Sunday after the victory over Carlow - “We spoke briefly after the game, we are in charge of our own destiny. If we can get our own mindset right and everything like that, just concentrate on our own game and play to our full potential and we’ll not worry too much about the opposition.

“There is a lot to work on in the training field but it was all about getting the result and getting the two points. We’re undefeated which means confidence is very high.”

Getting the mindset right is a huge concern for Leitrim as Wicklow will very definitely be taking this game seriously, so much so that they have launched an appeal to Croke Park to have Leighton Glynn’s red card against Antrim over-turned in time for next Sunday’s game against Leitrim.

Speaking to the Irish Independent, Wicklow manager Harry Murphy said “The powers-that-be are dealing with the appeal and that’s all we can do. If we get Leighton back, great, but if we don’t we’ll just have to get on with it.

“Everything could come down to the final round and that’s the way it nearly always is in Division 4. People may think it’s the easiest division because it’s the bottom tier but everyone in it is always desperately trying to get out of it.”

Leitrim currently lie one point above Wicklow and level with Tipperary. Clare, who have played an extra game, lead the Division by two points with Leitrim boasting the best defensive record.

• Leitrim supporters intending on travelling to Aughim are asked to note that the game has a 2.30 start as Wicklow hurlers play Armagh at 12.45.