Room for improvement even after nine point win 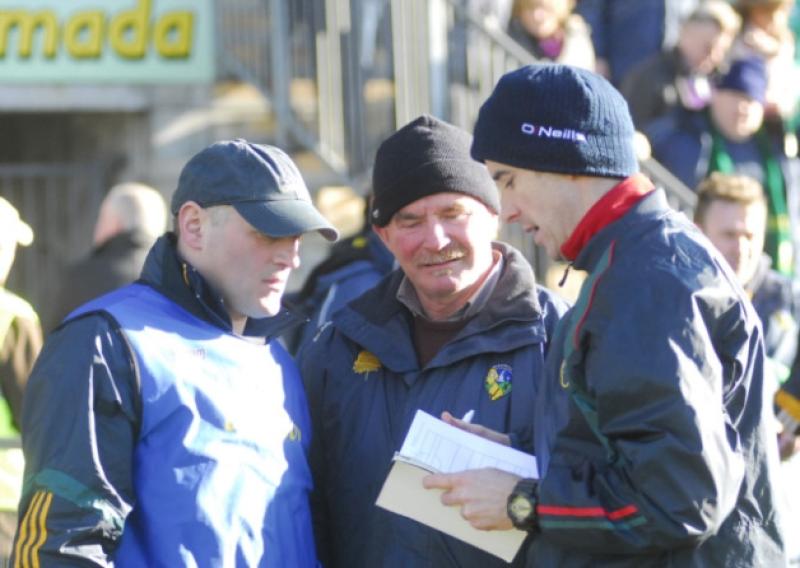 Victory over Carlow leaves Leitrim in a strong position in Division 4 but Sean Hagan knows there is room for improvement.

Victory over Carlow leaves Leitrim in a strong position in Division 4 but Sean Hagan knows there is room for improvement.

Reflecting on the game Sean was understandably pleased with the result but insisted there were aspects that were below the standards he expects from this team.

“We’re delighted. It was all about getting the two points today but there were probably aspects of the game I wouldn’t be happy with.

“We lost easy enough scores and conceded scores too easily for our liking. I suppose the other big point would be the intensity of our game wasn’t up to standard and that’s what we’ll be working on next week before the Wicklow game.”

A nine point winning margin indicates how comfortable Leitrim were for much of the game and when attempting to put his finger on why Leitrim may not have been as good as in some earlier games this year, Sean said, “It was just hard I suppose.

“There was an awful lot of space there and it was hard for lads to motivate themselves all the time and keep going with the same urgency. Even some of our shot selection was poor enough, under no real pressure.”

Injuries had effected preparations for last Sunday’s game but Sean feels the game will stand to his team.

“There is a lot to work on in the training field but it was all about getting the result and getting the two points. We’re undefeated which means confidence is very high.

“We had a tough build up to the match with injuries and stuff like that and there is no doubt that took its toll as well and we probably put a couple of guys on the pitch that maybe weren’t 100% fit but this game will help to bring them up to full fitness so that will be a huge boost for the squad.

Currently in third place in the table and with a game less played than table toppers Clare, Leitrim are very much in contention for promotion.

A win in Aughrim next weekend would further strengthen the chances of promotion but Sean insisted Leitrim cannot afford to spend too much time worrying about the opposition but instead focus on themselves.

“We spoke briefly after the game, we are in charge of our own destiny.

“If we can get our own mindset right and everything like that, just concentrate on our own game and play to our full potential and we’ll not worry too much about the opposition.”