Something special about Hyde Park 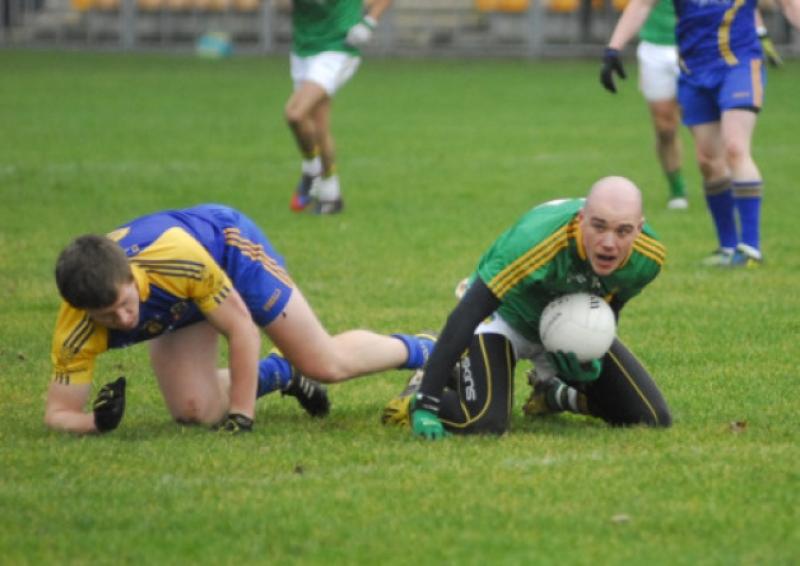 Pairc Sean might be regarded as Leitrim’s fortress but there is no doubt that Hyde Park is a venue that excites any footballer who wears the Green & Gold - just ask Robbie Lowe.

Pairc Sean might be regarded as Leitrim’s fortress but there is no doubt that Hyde Park is a venue that excites any footballer who wears the Green & Gold - just ask Robbie Lowe.

“It is going to be a big one, “ said Robbie when asked about whether he was looking forward to next Sunday’s big game, adding “Roscommon against Leitrim, Hyde Park, month of May, there is something very special about it.

“There is something about Hyde Park that we do turn up and do try to play football. Wind could be a factor as we saw last year against London.”

“Ok, their U21s didn’t finish as they wanted but it shows they have a conveyor belt of young players coming through and it is not the first set of players to come through.”

Roscommon’s forwards may gain most of the attention but Robbie is very impressed by the home team’s defensive set-up - “Everyone is very aware of Roscommon’s marquee forwards but the fact is that they have talent all over the pitch.

“The backs are probably more underrated but when you are training week in, week out with good forwards, it tends to bring on the backs. I’d actually rate their backs very highly from playing against them with club and county, they’re not going to give an inch, nor would you expect them to! It is going to be a ferocious encounter.

“They have got very good forwards and very under-rated backs. We’ve got our own forwards that we’d be confident that when lads get the opportunity, they will take their scores. We’ve got some very talented backs as well.”

Despite Roscommon’s favourites tag, Robbie expects the championship to bring out the best in Leitrim - “I would be confident. Roscommon, no doubt about it, are favourites, they play like a team that has ambitions for Connacht this year.

“Since we played them in the FBD Final, they seem to be an on upward curve. But whatever it is, we do love championship football and Hyde Park, middle of May, that is where we want to be.”