Kevin hopes Leitrim can cause shock 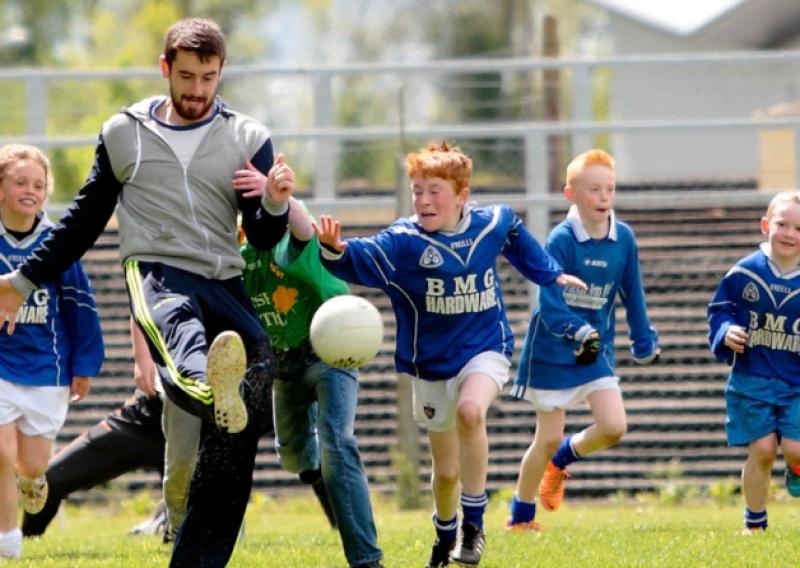 Four years ago many got their first glimpse of Kevin Conlan in inter-county action when he was introduced in the Connacht Championship clash in the Hyde Park.

Four years ago many got their first glimpse of Kevin Conlan in inter-county action when he was introduced in the Connacht Championship clash in the Hyde Park.

The Dromahair man was introduced as a 48th minute substitute but it wasn’t to be his day and he was withdrawn before the end.

Fast forward four years and Conlan is now very much a senior member of the panel whose maturity and ability on the pitch has been a key element in Leitrim’s year to date.

Looking forward to next Sunday Kevin is well aware of the challenge that lies in store but is confident that he and his team mates will be able to produce what could be the first shock of the Championship.

“A lot of people aren’t giving us much of a chance but we always feel we can put ourselves in a good position with a good team performance so that’s the goal, we worry about ourselves first.”

While he has been one of Leitrim’s star performers this year, Kevin wasn’t resting on his laurels when asked if he was pleased with his form.

“I am and I amn’t,” he said honestly. “There are always areas that we need to improve and as a county there won’t be satisfaction until we can achieve some silverware and we will strive to reach that kind of benchmark. There are a lot of good personalities in this panel and we are looking to build for the future of the county and until we hit those benchmarks we won’t be happy, there is no letting up.”

Turning his attention to a return to Hyde Park, Kevin is expecting an open game of football and while he is respectful of the challenge presented by Roscommon he believes Leitrim can advance.

“It’s always a tight game, we know what they’re about, they know a lot about us as well. There’s no mind games, it’s going to be a good open game of football. They are going well, they had a great league campaign and they will be looking to build on that, I’m sure they will have their eyes on Connacht silverware themselves and a run in the Championship. I’m quite sure they will be aware that if they don’t perform they could be in trouble so hopefully a nice even game coming up and a competitive one.”