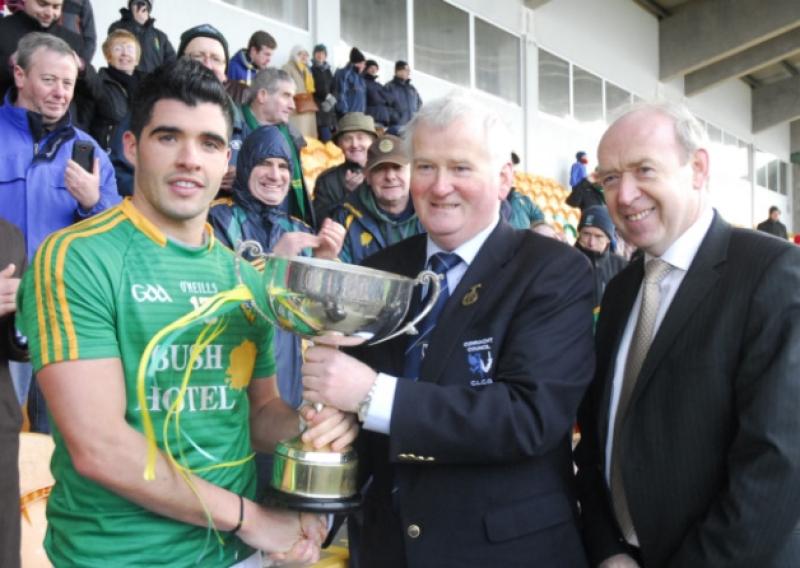 Roscommon’s Hyde Park has been the scene of some memorable days for Leitrim but equally it has also been a place of real misery when things have gone badly.

Roscommon’s Hyde Park has been the scene of some memorable days for Leitrim but equally it has also been a place of real misery when things have gone badly.

Leitrim captain Emlyn Mulligan knows all about ‘The Hyde’ and the memory of last year is still very fresh in his mind. Having been injured in the drawn game with London Emlyn was named in the starting team to face the exiles in the replay but his afternoon was cut short when the injury meant he couldn’t continue. To make matters worse he could only look on as Leitrim launched an unlikely comeback having trailed by 14 points at the interval before ultimately losing by a solitary point.

Talking at last Sunday’s Open day in Pairc Sean MacDiarmada Emlyn stated many of those memories have been banished.

“Different things went in different ways last year, it could have been a lot different but we’re not looking back. People are saying about the Hyde Park factor, but listen, over the years Leitrim have been as successful there as they have been here (Pairc Sean). It’s not an issue, the pitch is in great shape as we saw yesterday and the boys are really looking forward to it.”

Defeats to Waterford and Tipperary towards the end of the Division 4 campaign meant promotion was out of their hands for another year but Emlyn was quick to focus on the positives in what has been, to date, a successful year for the county. He insisted the impressive results enjoyed by the Minor, U-21 and Junior teams can be of real benefit to the Senior team.

“Leitrim hasn’t been in a better position in years - ourselves starting the year off positively, the U-21s getting to a Connacht Final and the minors winning the Connacht League and then you see the Juniors getting to a Connacht Final. It has been a very positive year for Leitrim and it is great to see the work being done at underage and it’s obviously paying off. It’s great to see the minors especially, over the years when I was growing up we wouldn’t have had too many strong minor teams and it’s absolutely brilliant to see that and it gives ourselves confidence knowing that there is good quality coming behind us.”