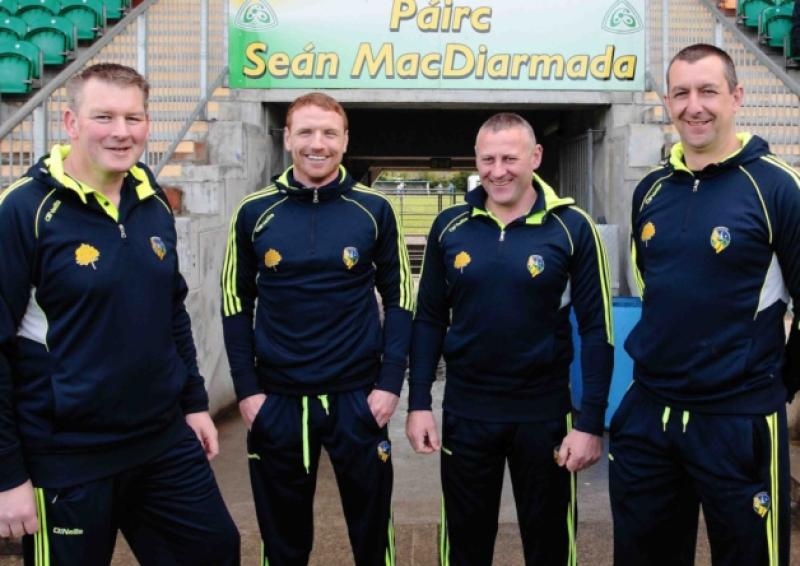 Hyde Park is a place Leitrim GAA fans generally enjoy but there is a small sense of trepidation about next Sunday’s long awaited Connacht Championship clash with Roscommon (3.00 throw-in).

Hyde Park is a place Leitrim GAA fans generally enjoy but there is a small sense of trepidation about next Sunday’s long awaited Connacht Championship clash with Roscommon (3.00 throw-in).

The sight of the Primrose & Blue jersey always brings out the best in the Green & Gold but next Sunday, Sean Hagan’s side face as tough a task as they have in some years when they come up against a rejuvenated Roscommon.

You’d have got long odds on such a scenario back in January when Leitrim players celebrated a second FBD League title in a row as Roscommon players watched silently in Pairc Sean Mac Diarmada.

But that defeat has been something of a blessing in disguise as Roscommon have stepped up several gears and many are tipping them as the only team with the necessary credentials to stop Mayo retaining the Nestor Cup.

The loss of Fergal Clancy & Ciaran Egan has been sorely felt, Clancy in particular has been a huge loss as the Glenfarne/Kilty man was key to the game-plan implemented by Sean Hagan, his work-rate and intelligent link-up play cental to Leitrim’s progress.

It definitely hampered the forward division who had been running up some big scores before then, so much so that Conor Beirne, recently recalled to the panel, may starting next Sunday as Leitrim try to recreate the big man full-forward role his brother Tomas carried out so effectively earlier this year.

But the key to Sunday’s battle is going to be around the middle of the park and this is where Leitrim must make headway and Cathal McCrann’s kickout strategy will be vital to winning primary possession.

Reports from recent challenges suggest that we may see quite a few positional switches from what fans witnessed during the League as Leitrim work to counter Roscommon’s scoring threat.

In many ways, Leitrim got a taste of what is ahead in the League game against Tipperary, a big physical team like Roscommon with pacy forwards who moved the ball so quickly to negate Leitrim’s attempts to deploy their usual defensive system.

The performance of Roscommon’s U21 in demolishing Leitrim was also an eye opener with five or six members of that squad likely to feature next Sunday, giving Leitrim some idea of the task ahead.

Leitrim start as underdogs - Roscommon’s Croke Park showing was impressive and Leitrim will need to keep it tight and sow doubt into Roscommon minds. But to ensure victory, the incredible work-rate Hagan’s men displayed during the League will have to replicated, if not surpassed in the Hyde.