Previous meetings will count for little on Sunday 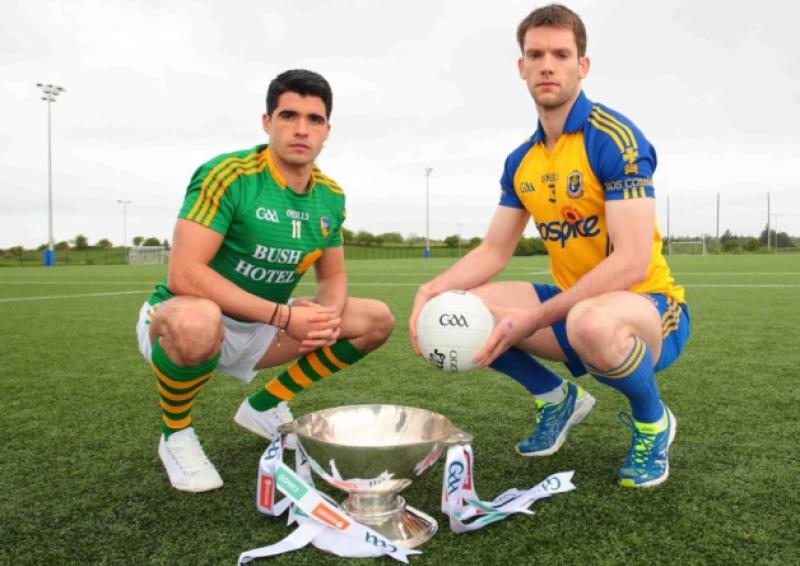 Leitrim captain Emlyn Mulligan has lifted FBD League silverware in successive years but he is well aware that will count for little on Sunday.

Leitrim captain Emlyn Mulligan has lifted FBD League silverware in successive years but he is well aware that will count for little on Sunday.

After the FBD League success and a league campaign that started brightly but ultimately ended in disappointment Emlyn is hoping he can guide his side to victory over old rivals Roscommon in their backyard on Sunday afternoon.

“It’s always an interesting battle for fans especially but even for ourselves. Hopefully it’ll be a good day out in the Hyde with a good crowd behind us and it should make for an enjoyable occasion.”

While Roscommon are hot favourites to advance to a semi-final encounter with Mayo, Emlyn acknowledged reading about a meeting of Mayo and Roscommon for a place in the final is something that irritates him.

“You can say that you dismiss it, but you read these things and it is annoying. It really does annoy me when I read it. I saw the interview with Aidan O’Shea before the New York game stating they were thinking about the Roscommon game. It is frustrating to hear it but we’ll move on and the only way to get your own back on that is to get a victory over Roscommon. It’s irrelative really but at the same time it is annoying to read it.”

A meeting of Roscommon and Leitrim is something of an annual occasion in one competition or another but nothing compares to the intensity of Championship day and Emlyn agreed the FBD Final victory will count for little.

“Roscommon are an attacking team, they don’t want to play negative football and I expect them just to go for it, whether they respect us or not is a different scenario. We beat them in the FBD Final but I don’t think that’s going to have any bearing next Sunday. I do believe they might let us play a bit of football ourselves but we have to be very careful because they have forwards that are lethal and if you give them a yard they’ll cause trouble all day.”

Much of the talk in the build-up has centred on Roscommon’s excellent form this year but Emlyn was quick to point out that Leitrim’s form has also been impressive.

“We have played 11 competitive games this year and we lost two. There are not many counties in the country that can say that. Unfortunately there was a bit of a blip but you can put that down to a number of other things. I think it was just the Waterford game looking back on the whole league campaign, that was the game that really cost us.

“We have to take as many positives as we can from it but Roscommon had a strong league campaign too and they will be full of confidence and especially with their U-21 team going well but we will not fear them. We will give them the respect they deserve but at the same time we think we have every chance of causing an upset.”

While full of respect for the talent contained within the Roscommon team, Emlyn stressed their is no shortage of self-belief within the Leitrim team and he is hoping it will be the green and gold who are celebrating on Sunday.”

“We have confidence in our ourselves and in our own forward line and we feel we have defenders capable of stepping up to the plate and marking the likes of Cathal Cregg and Donnie Shine and these fellas.

“It’s Championship football, anything can happen on the day. It just depends on what team turn up on the day, maybe Roscommon will have an off day and we’ll have a great day and fingers crossed that’s the way it goes.”