WEB Exclusive - “We’re feeling good and looking forward to it” 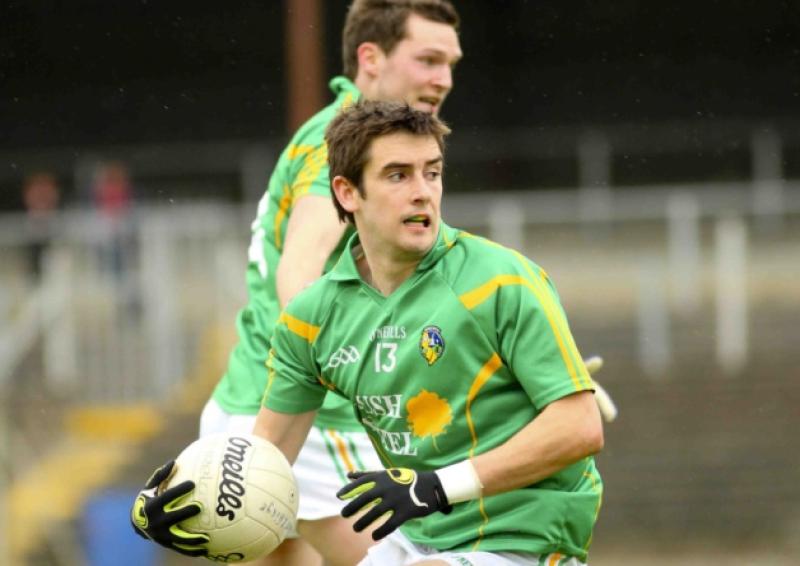 A trip to Hyde Park for a Connacht Championship is something that always generates excitement amongst players and supporters but this year some may feel there is an added element to the contest - namely erasing the memory of defeat at the hands of London in the Connacht Championship semi-final replay last year.

A trip to Hyde Park for a Connacht Championship is something that always generates excitement amongst players and supporters but this year some may feel there is an added element to the contest - namely erasing the memory of defeat at the hands of London in the Connacht Championship semi-final replay last year.

Dromahair’s Kevin Conlan has been one of Leitrim’s star performers this year and he is certainly relishing the prospect of facing Roscommon in their own back yard.

“We’re feeling good and looking forward to it. It’s already been a long season when you take into consideration pre-season and all that but really you’re looking to peak at this time of year for the Championship. The weather is getting good, well some days, and we’re really looking forward to it.”

After FBD Connacht League success for the second successive year, Leitrim made an impressive start to their league campaign as they sought promotion to Division3. Ultimately that challenge fell just short but Kevin insisted how Leitrim responded to that setback is key.

“You don’t go through any season without setbacks and we were in good from early on in the year and we did hit a purple patch and that (setback) was always going to come, it’s about how we reacted. There have been other years where there have been injuries but we’ve tried to keep it going as much as we can in the right direction.

“Hopefully we are putting ourselves in a good position to be competing next weekend and once we are at that level we can worry about the result after that.”

Once again Leitrim have suffered their fair share of injury woes this year with the likes of Cathal McCrann, Ciaran Egan, Tomas Beirne and Fergal Clancy amongst others all suffering injuries of one form or another. However, Kevin insisted that is part and parcel of football and no excuses were being offered for the impact injuries may have had on the year to date.

“Injuries are part of the game,” Kevin said frankly, “You ask any player and there are not too many lads that are playing when they are not feeling something. It’s just part of the game. Unfortunately sometimes when we suffer serious injuries we don’t have the extended panel we’d like to have but it’s not an excuse and we wouldn’t use it as an excuse, even for last year. You have to worry about what is in your control and that is what we will do.”

Of course last year and the defeat to London in Hyde Park is something that is still fresh in the memory but Kevin feels last year’s game will not be used as a motivating factor although when asked if there was a bit of unfinished business with Hyde Park he replied, “There is of course.”

Reflecting on that dramatic encounter with the exiles Kevin recalled, “It was a bit of an emotional rollercoaster last year, we didn’t perform and we didn’t do ourselves justice. It’s always in the back of your mind but it’s not really a motivating factor, our concentration this year is solely on performing in the Championship, be it Roscommon or whoever it may be.”

The GAA Championship is beginning in earnest this weekend and similarly to supporters up and down the country, inter-county players are also excited at the prospect of the summer that is ahead of them.

“Everyone in the country looks forward to this time of year, The Sunday Game will be on, there are a few games next weekend already, the leagues were extremely competitive this year, very good for the viewers and everyone is looking forward to a good summer of football. I’m just personally delighted to be still involved and being able to contribute.

“I don’t know how hard it is to be watching from the sideline but I know I am lucky to be playing and hopefully I can take every opportunity that comes my way.”

• Make sure to see this week’s Leitrim Observer for a comprehensive preview of Sunday’s Connacht Championship game between Leitrim and Roscommon.