Tradition has no bearing but it is good to have 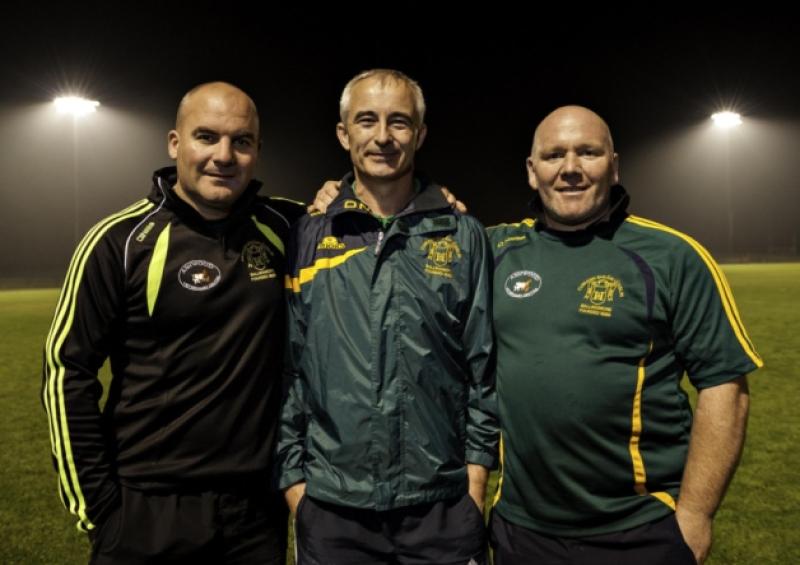 Tradition in the GAA is one of the most powerful forces any club or county can utilise, just ask Kerry! And manager Colin Hannify is not running away from Ballinamore Sean O’Heslin’s rich and proud past.

Tradition in the GAA is one of the most powerful forces any club or county can utilise, just ask Kerry! And manager Colin Hannify is not running away from Ballinamore Sean O’Heslin’s rich and proud past.

As Ballinamore face into an all too rare Intermediate Final next Sunday against St. Patrick’s Dromahair, some will argue that the weight of tradition can be a burden but it is a burden that Colin is all too willing to accept.

Ballinamore’s status as the all-time leaders in the Leitrim Senior Championship Roll of Honour is well known, 20 Senior titles with the nearest team nine behind them. But the once mighty O’Heslin’s haven’t been in a Senior Final since 1998 and their relegation to the Intermediate grade naturally hurt a proud club.

Asked about Ballinamore’s proud history and what effect it might have on his young charges, Colin says “It has no bearing on it but it is a good history to have, traditionally Ballinamore have won more championships than anyone else.

“Ballinamore have a very proud tradition and rightly so but at the end of the day, Ballinamore have been in the doldrums for the last couple of years and we’re back up there in a final and that is where we want to be. We’ll take it from there.”

The former Carrigallen boss admits his young team will have to perform at their best against Dromahair - “It is a big opportunity for us. We haven’t been in a final since 1998. We’ve a very young team, Dromahair are going to be a very tough game for us but we’ll give it our best shot.

“It is a team for the future, in the next couple of years, you’d be hoping Ballinamore would be up there with the best of them but it is a building process at the moment.”

Asked for a prediction for next Sunday, Colin is somewhat cagey - “I would be confident going into it. Quietly confident but we know we’re not going to be favourites, we’re going to be underdogs.

“People will be saying we are in it before our time, maybe next year or the year after but you have to be confident going into a final, you can’t be cocky but you’re not going there to make up the numbers. On the day, you need a little bit of luck and if things go right for us on the day, you never know. We’ll go in there full of enthusiasm, we play a nice brand of football and we’re well capable of beating anyone on our day.”