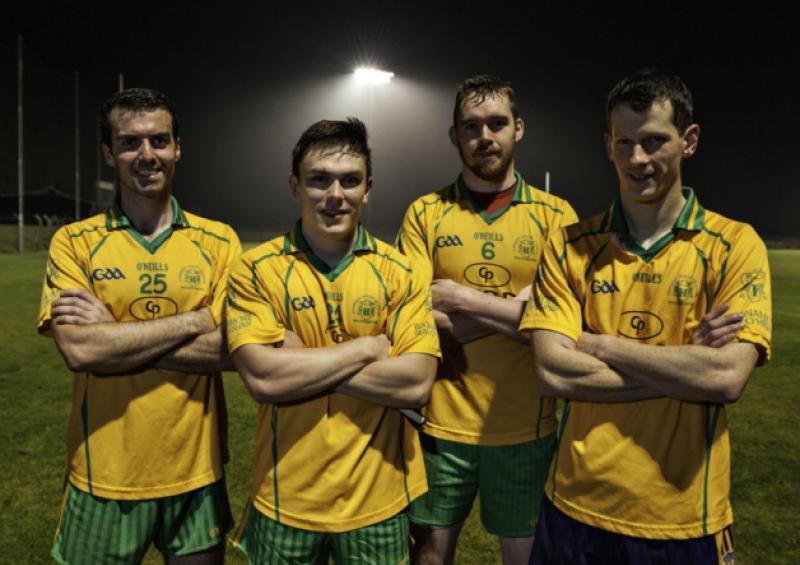 There’s nothing like a local rivalry to inspire a team as captain Paddy McLoughlin reveals that the victory over Aughnasheelin has been a huge factor in Ballinamore Sean O’Heslin’s march to next Sunday’s Intermediate Final.

There’s nothing like a local rivalry to inspire a team as captain Paddy McLoughlin reveals that the victory over Aughnasheelin has been a huge factor in Ballinamore Sean O’Heslin’s march to next Sunday’s Intermediate Final.

The games against Aughnasheelin have defined O’Heslin’s season so far and Paddy admits that the quarter-final victory over their fellow parishoners has had a major effect - “I’ve played loads of quarter-finals, I’ve seven senior quarter-finals in a row but it never felt like the one with Aughnasheelin. I know it is Intermediate but it was a lot more.

“They beat us in the League and they are coming strong. It was just an extra spice and to be honest with you, it wasn’t a great game but there was so much intensity in the game that the game was unlikely to be very good on the day.

“We were delighted to get through it, it was a massive relief and we’re glad to be still going. We started off the year really poorly in the League and we went out to Aughnasheelin and they hammered us quite honestly. We had a hard talk after the game and then we went out and beat Aughawillan by six, seven points, a really outstanding performance and Aughawillan are no bad team, in the County Final.”

Another equally important result was not a victory but a loss, this time agaisnt Eslin in the Group stages - “We thought we were going well and we hadn’t played Eslin, they’re not in Division One and that was a real surprise, that this championship is tough. They’re no bad team, they topped our group and it just shows you that you have to be on your day.

“It is knockout now but it gave us the extra incentive to knuckle down and be decisive because we started really poorly that day.”

The Ballinamore men showed two sides of their character against Ballinaglera in the semi-final but again there were more lessons for a young sides to learn - “I think we took the foot off. We went seven points up early in that game and to be honest, they had one tactic and we kind of knew what they were doing but we seemed to sit back too early, thinking we could hold onto this lead but you have to go out and play football a lot longer than we did.

“We took the foot off far too early in that game, we should have kept driving it on and that is a lesson we have learned, not to sit on a lead, we know we’re better when we are attacking.”

And a prediction? “We’re confident but at the same time, chances are we’re going in underdogs. I can’t see any reason why we wouldn’t be, they have beaten us this year, we have yet to beat them in the last few years to be honest with you.

“A championship final is there to be won, we’re not there to make up numbers, we really want to win it. We know if we play well on the day, we have every chance but we’ve got to bring it.

“Favourites, it really doesn’t matter, we just want to deliver on the day and bring home a championship to Ballinamore, long overdue.”