Cullen goal gets Aughnasheelin across the line 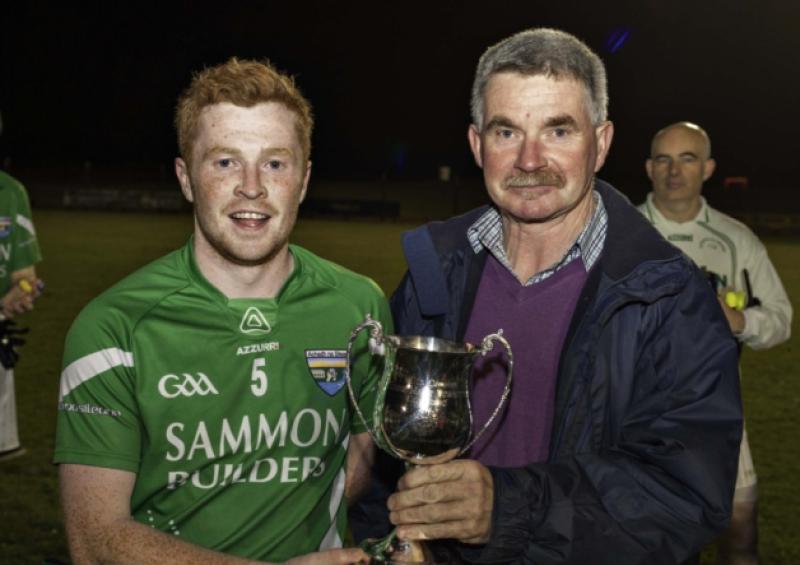 In a game as fiercely contested as this one, a goal was always going to be the decisive score and when Cullen drove the ball to the Kiltubrid net in the closing stages, it was enough to give the title to Aughnasheelin.

Kiltubrid, for long parts of this contest, looked the team most likely to prevail but some bad misses and an inability to shake off Aughnasheelin meant they never really got the reward some of their play deserved.

What will please Aughnasheelin so much more than the win was the role played by some of their emerging young players with all but one point scored by these players.

Conor Cullen weighed in with a performance reminscent of his father Adrian as the County Minor continues to impress as one of the county’s best young talents while Niall Mulvanerty and Fintan Fitzpatrick added five points between them.

Aughnasheelin had other heroes too - Joe Earley, Derek Moran and James Rudden in defence were outstanding while Kevin McWeeney and Ciaran McGirl got through a sight of work in midfield.

For Kiltubrid, Eoin Dolan led the way with six good points while Aidan McKiernan was a real handful any time he got the ball. Enda McKeon, Karol Scollan and Dara McKiernan did great work for the losing team.

The first half was a tense affair with Stephen McKeon blasting a goal chance wide after just 30 seconds before two Eoin Dolan frees in the first six minutes put Kiltubrid in command despite four other missed chances.

Gavin McWeeney swept over a 50 yard free to open Aughnasheelin’s account but two more Dolan points, one after a lot of steps from Aidan McKiernan and the other a free, extended the lead before Niall Mulvanerty scored a free on 18 minutes.

Kiltubrid should have found the net but Eoin Dolan’s thunderous shot cannoned off the crossbar while James Gill’s follow up was saved. They did have the ball in the net but Aidan McKiernan’s effort was ruled out for a square ball infringement in the build-up.

Aughnasheelin hit back with points from Fintan Fitzpatrick and Niall Mulvanerty but another Dolan free left Kiltubrid 0-5 to 0-4 in front at the halftime break.

Kiltubrid should have had a goal when a poor Aughnasheelin free was intercepted but Dara McKiernan shot wide when a goal looked certain. At the other end, Conor Cullen had two goal chances before he put over a point on nine minutes, quickly followed by a good Fitzpatrick score.

Aughnasheelin now hit a few bad wides before Dolan converted a free and then was badly off-target from a free before the game took a major turn when a high free into the Kiltubrid goal-mouth broke nicely for Cullen who rammed the ball to the net from close range.

Fitzpatrick immediately tagged on a huge point to extend the lead with Cullen firing over with less than two minutes left in the half. That put Aughnasheelin five clear and despite desperate Kiltubrid attempts to engineer a goal, all they could manage was a late free from James Gill.