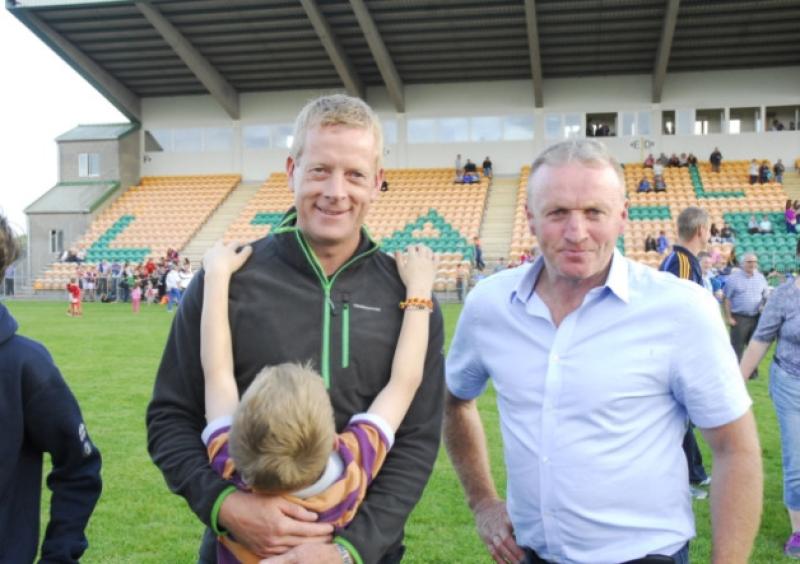 He may be wearing the blue of Dublin now but the blue of Aughawillan still runs deep in Declan Darcy who was a delighted spectator last Sunday in Pairc Sean Mac Diarmada.

He may be wearing the blue of Dublin now but the blue of Aughawillan still runs deep in Declan Darcy who was a delighted spectator last Sunday in Pairc Sean Mac Diarmada.

The Dublin selector was delighted with the way Aughawillan performed - “Obviously coming down, expectations were we were kind of going with a bit of hope rather than anything else but to see the way they played today and for the young lads to express themselves with no fear was fantastic.

“They played with the Aughawillan tradition, they showed great heart and determination and they got across the line lucky enough in the end.”

Declan, who had a few sessions with the Willies ahead of the Final, said Aughawillan gave him his grounding in the game - “I was very privileged to play with Aughawillan and I got a great understanding of how Gaelic football is to be played in the right way, great heart and determination and a never say die attitude.

“It was just great to give something back to the young lads but in fairness, they didn’t need much help today, they were in great shape and in great form and thankfully, they got a championship for themselves and hopefully, they might get a few more.”

As for the Dubs and the trauma of their All-Ireland Semi-Final loss to Donegal, Declan believes they will be back and the loss will spur them on in the years ahead - “It is ups and downs in football. Coming down here, we lost three county finals in a row and then we won a fourth one. That’s sport, it motivates you to progress and do better. Hopefully, the loss for Dublin might spur the lads and bring it on to next year.”