Influx of Minors has freshened up Ballinamore 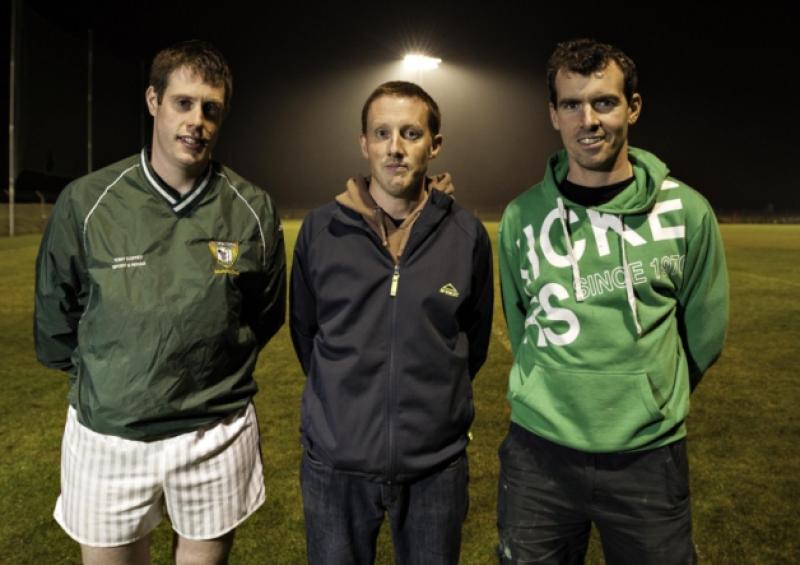 The influx of young players, and in particular four County Minors, has made a big difference to Ballinamore Sean O’Heslin’s season according to manager Colin Hannify.

The influx of young players, and in particular four County Minors, has made a big difference to Ballinamore Sean O’Heslin’s season according to manager Colin Hannify.

With so many clubs losing players to emigration in recent years, the addition of four players, who were members of the St. Felim’s team in last Sunday’s Minor Championship 15-a-side decider is a huge addition to any team, let alone Ballinamore.

Asked what was the difference for O’Heslin’s this year, Colin told the Observer “I’d say what has helped this year, and this is my first year with the team, definitely the four Minors coming into the team has brought a bit of freshness to it. They are eager, they want to win, these lads have won underage titles so they have no fear and they want to win.

“We have a few experienced players like Liam Ferguson, Paddy McLoughlin, David Duignan there, the mixture of youth and experience has helped us. Those young lads have no fear of anyone, they’ve played with Leitrim as well and won a Connacht Minor League medal as well. That has stood to them as well.”

The Ballinamore manager also highlighted the strength in depth that is so key to any team’s chances nowadays and the influence of Wayne McKeon on this year’s campaign - “We’ve good lads there, a number of lads there who can step in and especially there in the forward line, we have some very good lads to bring in. And lads know the pressure is on, it showed in that game.

“James McWeeney was injured for a number of League games and he came in during the semi-final and made a difference. Wayne is playing good football for us now, he was out injured there for a while.”

Looking back on the campaign, Colin suggests that the loss to Eslin may have been a blessing in disguise in the long term - “We ended up eighth place best team but it kind of focussed things, we knew we were better than that. We were very disappointed with the game against Eslin on the day, the Beirne brothers caused us a lot of trouble on the day, they scored a couple of goals and that was really the winning of the game.

“We got focussed again, got a couple of great wins. Aughnasheelin was obviously a local derby, a very tough game and that lifted confidence after that. We finished strong, we made a couple of switches, James McWeeney came on and as soon as he did, he made a difference.”

The presence of Dromahair in the final does not surprise Colin as he always felt that the north Leitrim menwould always be among the team vying for victory in the Intermediate grade.