Gerry under no illusions as to challenge in store in final 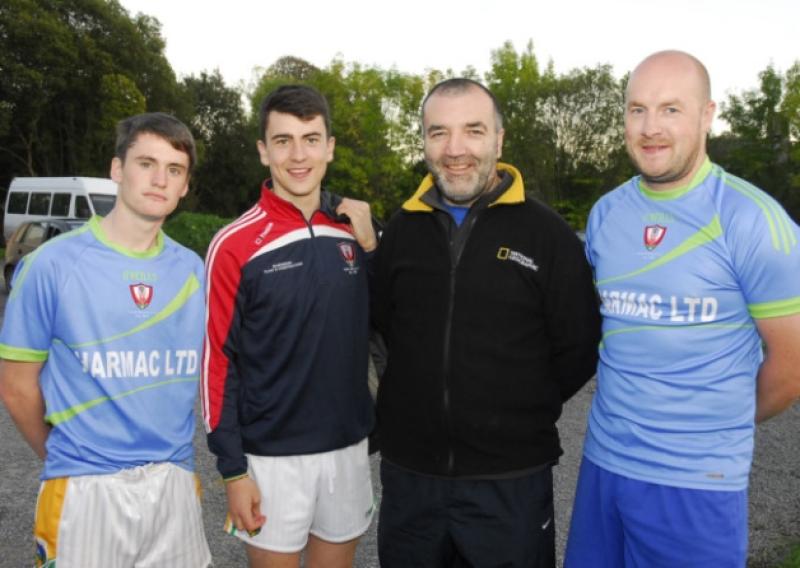 Dromahair manager Gerry Ballantine is hoping to make up for the pain of defeat in the Intermediate Championship two years ago with victory in Sunday’s decider.

Dromahair manager Gerry Ballantine is hoping to make up for the pain of defeat in the Intermediate Championship two years ago with victory in Sunday’s decider.

Reflecting on that defeat to Gortletteragh Gerry noted, “The way I look at it is we are only really recovering from the experience of two years ago. Last year losing the final from the year before had a huge knock on effect and there was a drop in confidence in the team and it showed in a lot of the displays and for a lot of this year it was a similar pattern.

“It’s only now that things are coming together. We’re not the finished article yet but we are working on it game by game and we realise that.”

In order to reach the final Dromahair overcame neighbours Drumkeerin after a replay with Gerry feeling the winning margin in the second game flattered his side.

“The first game was very tight and I thought we really played well within ourselves and didn’t create enough chances. We talked about that before the replay that we had to be willing to try and create more chances and be willing to take risks in order to do that.

“I felt in the first half of the replay we played very well and made the chances but just didn’t take them and perhaps the difference in the second half was that we took the chances.

“I think the final score flattered us, until five or six minutes from the end there was only four or five points in it, there was less than two scores in the game. Even though we had a big margin in the end it was more that we ran away towards the end.”

The success of the Dromahair Intermediate team has coincided with the Junior A team also reaching a Championship semi-final and Gerry believes having both sides working alongside one another has been key to reaching the final.

“Injury wise it has been an horrific year but we don’t dwell on that. It’s unfortunate for the lads that are out, we’ve had three cruciate injuries this year which is a huge toll on the club from very important and central players so we have had to look beyond the intermediate panel to the junior panel and have asked people to step up to the mark and they are doing that.

“We’re a work in progress and we are by no means the finished article but we are trying to build and trying to bring others on to that level.”

During their games to date in the Championship Dromahair have looked impressive at some stages but have also been under pressure in some contests as Gerry acknowledged.

“There have been periods in every game where we have been on the rack and have needed one or two players to step up in order to deliver the result. Some of the older fellows have stood up and dragged the younger lads with them but we are going to need a 15 man game on Sunday in order to win this and we are under no illusions to that.

“Ballinamore are probably as tough as you can get in Intermediate and in fairness to them before the Championship started they would have been favourites and rightly so. We are under no illusions as to the task that is ahead of us.”

Turning his attention to Sunday’s opponents Gerry is all to aware of the challenge that awaits his team - “The only time I saw Ballinamore this year was when we played them in the league and they had a very under strength team out against us and we beat them on that occasion.

“They have improved game on game since then and no more than ourselves had a rough period in the group stages of the championship and had to play a relegation battle but they came through that.

“Since then they have put in some good performances and posted good results and getting stronger and stronger. They are the standard bearers for the county, they are the most successful team in the county and tradition when you get to finals is a huge advantage so they will carry that with them.”

With little to separate both sides, Gerry is pleased with his side’s progression and was upbeat when asked about his side’s chances on the day - “We started off this Championship with a one in 12 chance of winning it. We are now down to a one in two chance, I like the way it is progressing for us and I’ll take whatever we can get on the day.”

When asked what king of game he envisages, Gerry said he believes it has the potential to be good game but isn’t too concerned so long as his side come out on the right side of the result.

“I think they are two footballing teams that are going into the final. Sean O’Heslins have a lot of young lads from their underage teams and certainly in the league game when we played them they played a very nice brand of football.

“I expect it to be a good game of football, we try to commit to playing football in the game we are involved in because we are not known for the physical end of it and we’re not known for slogging out victories but we are trying to develop an edge that if we have to do it we are willing to do it and we will get down and slog it out.

“Whatever it takes in order to come out on the right side of the result.”