Underdogs will suit us down to the ground says Keelan 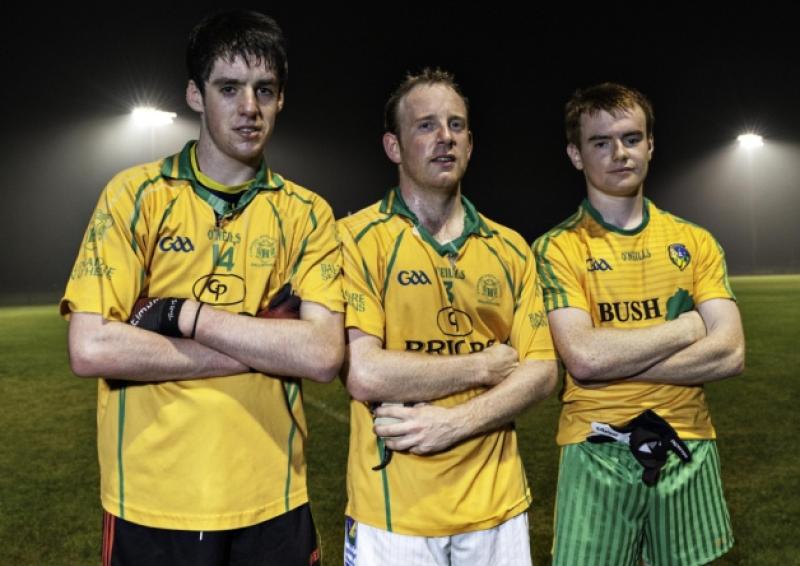 Avoiding the tag of favourites is something every GAA team wants desperately and Keelan McHugh is eager for Ballinamore Sean O’Heslin’s to start as underdogs.

Avoiding the tag of favourites is something every GAA team wants desperately and Keelan McHugh is eager for Ballinamore Sean O’Heslin’s to start as underdogs.

“We seem happy enough with where we are,” Keelan told the Observer, “We’ve met Dromahair before in the League this year so we know exactly what we are up against. We’ll go in as underdogs so that will suit us down to the ground.”

Expanding the theme, Keelan adds that he wouldn’t be over-flowing with confidence ahead of the meeting with the north Leitrim men - “I wouldn’t be confident because I know we’re going in as underdogs but that tag should suit us better. We’ll be playing our own game and we’ll definitely not be paying any heed to what anyone else is saying and we know what we’re up against.

“If we went in as favourites and the Observer blowing us up, it’d get to our heads. We’re there to play our own game and that is what we hope to do.”

The achievement of Aughawillan in reaching the Senior decider is something that will drive on the Ballinamore men along with the club’s own history - “It is definitely a factor, hopefully, it will push us on. I know some of the players on the other team. We’re friends off the field but definitely not on the field.

“We’re all aware of the history Ballinamore have had. We absolutely love to follow on that but the Intermediate Final is the first step.”

Neither does Keelan see any problem with the whole hype and excitement of County Final day having any effect on what is a very young O’Heslin’s team - “We’ve played in Pairc Sean before and we seem to be comfortable enough, we’re that more used to playing in it so hopefully on the day, we can bring the same game we’ve had in the last few games.

“Day of a final, you are always going to up the tempo, speed and excitement and all the factors are going to be there and hopefully, we can bring the trophy home. Absolutely looking forward to it, we’ve been training all year for this.”