There is a bit of character in this team says Flynn 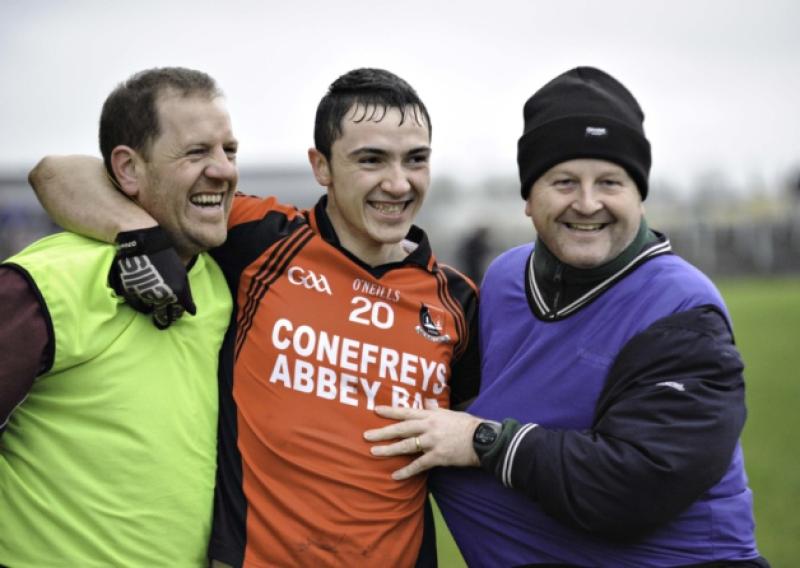 With his team starring defeat in the face, joint manager Padraig Flynn pointed to the character in the Fenagh Gortletteragh team as the key to victory.

With his team starring defeat in the face, joint manager Padraig Flynn pointed to the character in the Fenagh Gortletteragh team as the key to victory.

Asked if he thought the game was gone from Fenagh Gortletteragh as the game went into injury time, Padraig said “You do need the rub of the green and in fairness to the lads, they finished strong. It was a bit of character, there is good character in that team.

“I’m delighted for the lads. They are a great bunch of lads, they’ve worked really hard over the last month, six weeks or so and there is a bit of history from the Minors already and there is a nice bit of rivalry built up there with St. Manchan’s.

“It was a nice clean, hard fought competitive game, played in good spirit. There was some nice football played at times, it was tight at times, I think it was an entertaining game for anyone here today.”

Padraig also deflected any praise for the team management - “We had them prepared as best we could but you do need the rub of the green too in a tight game like that.

“In fairness, they stuck to the task and when the momentum came our way, they took their chances. You have to hand it to them, it was a good workmanlike and clinical performance.

“We had a bit of a talk with them about the way St. Manchan’s set up, a number of players, a few of their key players and stuff like that, we did a bit of work on that. But at the end of the day, it is about the lads, they’ve done the work, they played with their hearts on the sleeve.”