Leitrim manager Pat Costello promises Sligo are in for a battle 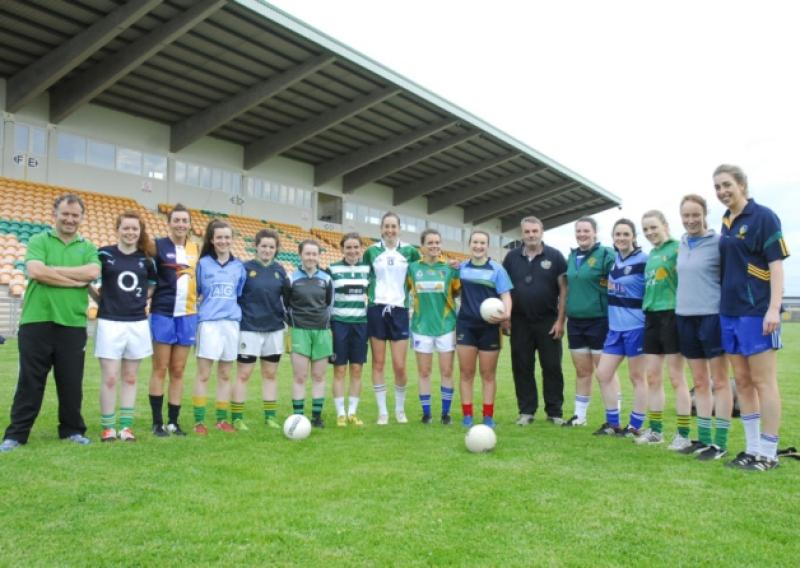 Manager Pat Costello is all too aware of the threat posed to Leitrim’s Connacht Intermediate title by Sligo - after all, just 12 months ago, he was plotting Leitrim’s downfall as manager of the Yeatswomen.

Manager Pat Costello is all too aware of the threat posed to Leitrim’s Connacht Intermediate title by Sligo - after all, just 12 months ago, he was plotting Leitrim’s downfall as manager of the Yeatswomen.

And it gives Pat a unique insight into a fierce rivalry that will be renewed next Sunday in Elvery’s McHale Park in Castlebar (2 pm throw-in) as Leitrim battle to retain their title.

Asked about the fierce rivalry with Sligo, Pat said “They have been real tough battles but there has been nothing between the three teams, Roscommon, Sligo, Leitrim, there has been four points, give or take, depending on which team gets the luck on the day, that’s all that has been between them.

“They would have been battling the same way last year, Leitrim and Sligo, and the year before. As well as three or four times this year, there was last year as well.”

With his own background with Sligo and the fact that the teams have met so many times this year, Pat admits it makes suprising the opposition very difficult - “It makes it harder in a way but then on the day, when the ball is thrown in, a lot of that goes out the window too.

“The girls just want to do their very best and have the bragging rights at the end of the day and that will spur them on as well. They know that any game against Sligo isn’t going to be easy.”

But Pat doesn’t believe that the final will come down to tactics or positional moves but rather old fashioned hunger - “We’re always trying to do something different, you’re always trying to work on different options and tactics from A-to-Z but if you don’t have the work ethic on the day, a lot of these tactics go out the window, you can have plans and all that but the hungriest team next Sunday will win the final and that is the bottom line.

“And if our girls are hungry enough, any plans we apply that we have been doing for the last six months can come into play. We’ll be hoping for a good fast open game of football on a good pitch.”

And Pat feels that the close semi-final battle with Roscommon, with the Green & Gold winning by just a point, will help Leitrim in Castlebar next Sunday.

“While it was close and a bit nervy at times,” recalls Pat, “it was great to have that good game a fortnight before the Connacht Final, with it so close we don’t have to go looking for challenges and that will see us through into the game.

“The close game helps us and it brings them down to ground as well because the last time we beat Roscommon, they beat them by five or six points as well, it gives them a reality check too and that is no harm at any time of the year. It is great to get it and still survive.”

Leitrim are working with a panel of just 23 players but Pat thinks Leitrim have made their small numbers a strength - “We got this job in January and five of the starting 15 never returned, eight of the panel altogether. You’d survive that in Galway or Mayo but you find it hard to survive in Leitrim.

“If a girl gets injured, she doesn’t have the time that is necessary to recover, they have jobs, they have club football so they don’t have enough time to recover properly, they are coming back in and they are still not ready.

“But they are such die-hards for the county and have faith in the county that they don’t want to stay out for too long but a bigger panel would give them that extra time to get some rest and recover and there wouldn’t be as much pressure.

“The 23 that are here want to be here and that is the huge thing about it, they give everything they have so you know that come Sunday, they’re not going to throw this Connacht title away easy,” promised Pat.