Favourites will want to send out early message 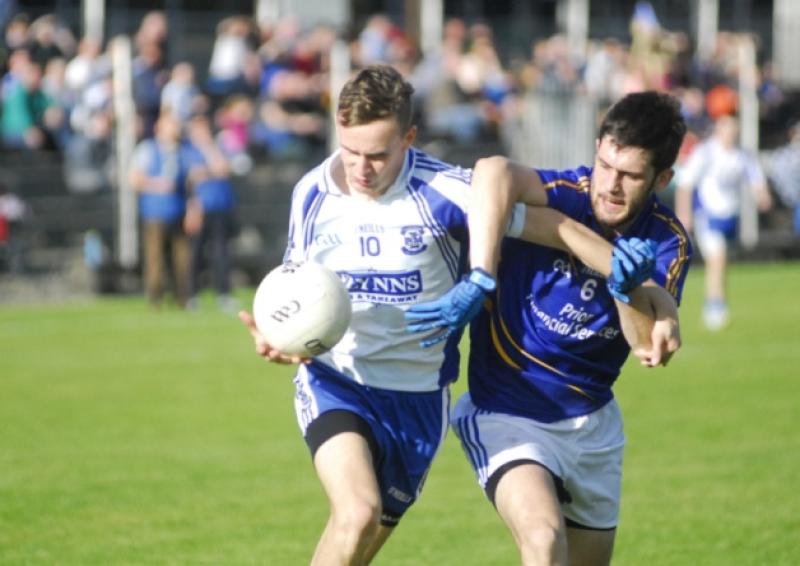 Teams will want to send out an early message next weekend with a win almost guaranteeing you at least a place in the eighth place playoff, so there really is a lot to play for in the first round of the Connacht Gold Senior Championship!

Teams will want to send out an early message next weekend with a win almost guaranteeing you at least a place in the eighth place playoff, so there really is a lot to play for in the first round of the Connacht Gold Senior Championship!

Annaduff v Gortletteragh: A tought one to predict here asAnnaduff are plying their trade in Division Two with Gortletteragh a grade above. Gortletteragh are a different team with Niall Woods and Jack Heslin in their ranks and if they hit form, they should have enough to advance here. But Annaduf are winning in Division 2 and they will go in confident they can challenge.

St. Mary’s Kiltoghert v St. Patrick’s Dromahair: This is an intriguing tie as the Dromahair men had nine points to spare in the first League game of the year but Carrick have quietly improved and look to be hitting form at just the right time. If they are at full-strength, St. Mary’s should just have enough to take the verdict here but Dromahair, under new manager Damien Eames, are determined to make an impact in their first ever Senior Championship campaign - this could be a cracker on Saturday.

Glencar/Manorhamilton v Bornacoola: A Friday night game is a novel and welcome addition to the calander and it will give neutrals a great chance to run the rule over both teams. Glencar/Manor are hot, hot favourites here as Bornacoola are struggling in Division 2 so you expect a driven and focussed Manorhamilton should have far too much power and precision to prevent an upset.

Aughawillan v Carrigallen: Champions Aughawillan start the defence of their crown against a Carrigallen team who felt they had the Willies beaten until Morgan Quinn’s dramatic last gasp goal in the eighth place playoff last year. But since then, the teams have taken very different parts as Carrigallen have been decimated by injuries and even conceded a League game last weekend. Aughawillan have grown in confidence and their young players area year older, it is hard to see anything other than an Aughawillan victory in this one.

Drumreilly v Kiltubrid: Two Division 2 teams and there is very little between them, Kiltubrid edging the high scoring League meeting between the teams by a point and that should give them a shot of confidence. Drumreilly have apparently been hit by player absentees and that may prove too high a hill to climb for them next weekend against a young Kiltubrid.

Mohill v Allen Gaels: This could be the game of the weekend - Mohill are on 12 points in the League table and Allen Gaels are just two points behind them. Both have blown hot and cold in 2015 but the Mohill men have shown a knack under new manager Padraig Davis for scrapping out hard fought wins. The Drumshanbo men will be inspired by a League victory over Aughawillan last Saturday but they will need to show more consistency. Mohill had just two points to spare over the Drumshanbo men in the League but the absence of Ronan Kennedy may prove the difference here. Too tight to call a winner, it could go either way.