Leitrim Gaels go up as Carrigallen go down 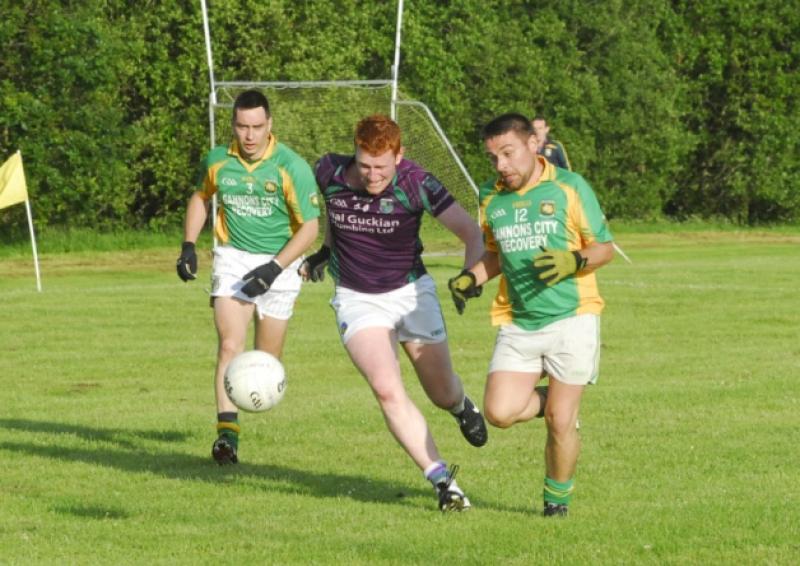 Leitrim Gaels will play their League football in Division One next year with Carrigallen relegated to Division Two after an intriguing weekend in the Gallogly Catering ACL.

Leitrim Gaels will play their League football in Division One next year with Carrigallen relegated to Division Two after an intriguing weekend in the Gallogly Catering ACL.

Leitrim Gaels were the big, big winners as they join the elite of club football in the county for the first time thanks to a comprehensive 1-14 to 0-10 victory over a Drumreilly team hit by absentees and injuries.

It means that the Gaels, only formed in 1996, have made the journey from the lowest rung of League football to the very highest as they start this year’s Intermediate Championship as one of the dark horses for the title.

Carrigallen officially confirmed their relegation to Division 2 after they conceded a game to St. Mary’s Kiltoghert and in a bizarre turn of events, the Carrick men actually collected four points when they defeated Melvin Gaels 1-11 to 1-9 to move up to fifth in the table and incredibly within two points of a final place.

County champions Aughawillan suffered a surprise 1-13 to 0-10 defeat at the hands of Allen Gaels who also move to within two points of a semi-final place but Glencar/Manorhamilton got back to winning ways after recent blips with a nine point win over Ballinamore Sean O’Heslin’s, 0-19 to 1-7.

Drumkeerin missed a great chance to draw level with O’Heslin’s after Aughnasheelin defeated them 0-11 to 0-8 to greatly ease their relegation worries. Drumkeerin, however, have a game in hand so the relegation battle promises to be an intriguing one.

Leitrim Gaels’ seven point win over Drumreilly ended the hopes of Fenagh St. Caillin’s, Kiltubrid, Cloone and Drumreilly of over-hauling the table toppers. Only Kiltubrid can equal them if the Gaels lose their remaining two games, against Fenagh and Annaduff, but the Gaels have the head to head result and are promoted.

Kiltubrid received a walkover from Gortletteragh but Cloone, Glenfarne/Kiltyclogher, Annaduff and Fenagh St. Caillin’s all had morale boosting wins ahead of the championship next weekend.