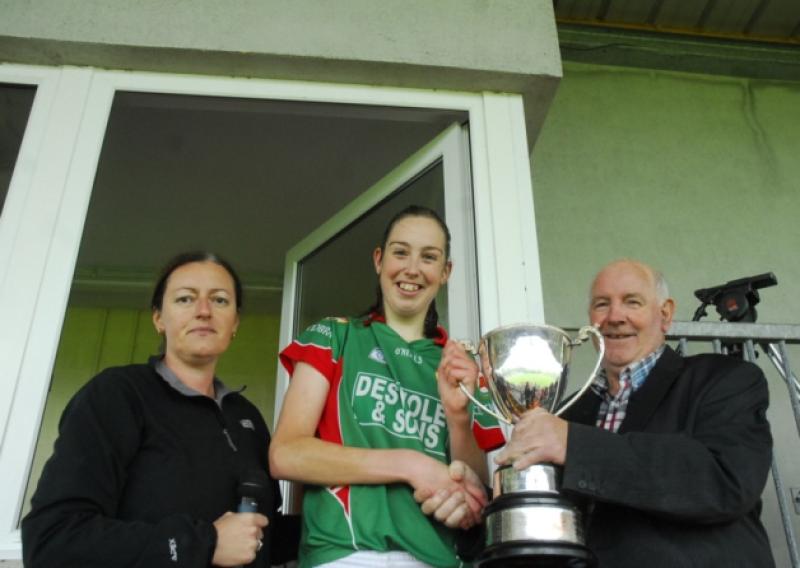 After a year earning rave reviews for Leitrim, UL and Kiltubrid, Aine Tighe got to savour a particularly special moment when she lifted the Cup last Sunday.

After a year earning rave reviews for Leitrim, UL and Kiltubrid, Aine Tighe got to savour a particularly special moment when she lifted the Cup last Sunday.

Kiltubrid’s first ever Senior title was celebrated raucously on the Pairc Sheain Ui Eslin turf by a huge crowd of delighted Kiltubrid supporters and their captain was equally stunned and delighted by the victory.

Asked to sum up her feelings after the final whistle, Aine said “To get our hands on the cup, we’ve been waiting so many years and so many close calls, it is just absolute relief and almost disbelief to have achieved it and finally get our hands on it.”

“It is an unbelievable feeling, we’ve got to semi-finals and when we first started back in 1997, we got to the final but we haven’t been to the final for years. To get to the final and win it, for the whole parish, you can see what it means here, it is absolutely brilliant.”

Aine admitted that she was getting nervous towards the end as Aughawillan fought back - “We know each other inside out, we’ve been playing each other since U12s all the way up. We knew it was only going to come down to a few points either way, a few small calls and we’re absolutely delighted we came out on the right side of it.

The Leitrim star may have had a quiet game by her standards but Aine did deliver a stunning goal that decided the contest - “Instinct took over, you don’t get too many chances like especially in County Finals and we knew that when we did get in on goal, we had to take our chances so lucky enough it went in.

“It gave the thing a big boost at the time and settled us down. We were back with the college and county since this time last year and to have something to show for it is absolutely brilliant. There will be big celebrations surely.”