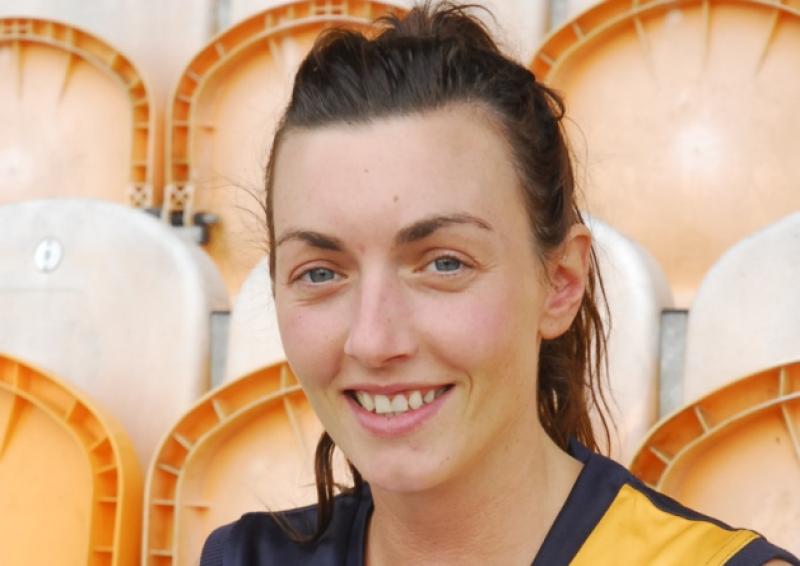 Competitors want to take on the best and there is no doubt that Sarah McLoughlin wants to take on Sligo next Sunday in Castlebar.

Competitors want to take on the best and there is no doubt that Sarah McLoughlin wants to take on Sligo next Sunday in Castlebar.

Asked about the fierce rivalry that has developed between the two counties, Sarah gave an interesting insight into how Leitrim are approaching Sunday’s Final - “Down through the years, that has just naturally happened between ourselves and Sligo, there has been so many tough battles.

“I’ve always been really confident going in to play Sligo, it has always been tit for tat but we always used to come out on top. This year, different story, we lost to them three times, one of them resulting in them winning the League which was our goal so obviously, we’ll be out to get one back on them for that.”

And Sarah believes that Leitrim’s experience of winning Connacht deciders against Sligo will play its part - “We’ve 100% confidence going into McHale Park, it was our glory ground for us last year so if anyone should be worried, it should be them going into a Connacht Final. I couldn’t tell you when they last beat us in a Connacht Final.

“But I think a Connacht title and us would be more in their heads, I think we’ll have more confidence and the pressure is definitely on them to maintain the run.”

And the Ballinamore woman is relishing the challenge - “I know Bernice Byrne inside out at this stage and I look forward to marking her, no more than Jenny Higgins of Roscommon in the semi-final.

“You kind of look forward to that battle against the familiar person but I’ll be looking forward to a better performance. We have not performed against Sligo all year, maybe performing in patches here and there but not whole games.”

Sarah agrees that Leitrim have had to vary their attacking approach as teams have doubled teamed Aine Tighe - “We’ve found we’re going out and when we’re not playing well, it is just hit Aine at full-forward and other teams have coped on to that, sitting two players on her, three players on her.

“We have been playing better in the last few games because we have been keeping it wide and mixing it up better in the forward play and Aine has been making dummy runs so it just keeps the backs thinking instead of just sitting in front of the goals, they now don’t know where Aine is going to be which is just fantastic.

“We got nippy forward like Aileen and Carla getting in there, we have Anna Conlan going forward for a few great scores so I think we’re not relying on Aine so much and with her coming out and creating space, it is creating room and scores for the other forwards.”

The Ladies team has seen the influx of a lot of new young players and Sarah believes it has taken Leitrim some time to adapt to an influx of new talent - “They are all really young and even if you look at a few of the players who have been there a few years, they are still all really young, they are only 18 or 19 and then us old ones, you’re talking about a handful of players who are around 26 to 30, we still have a good core down the centre but I think it has taken us until now to bond with the younger players, to believe in them as well but that will come with time.

“Whether that is this year or next year, it is a slowly building team. It is a lot of expect from us going out when it is such a brand new team but from those of us who are there, we firmly believe we can win this Connacht Final.”

Asked if she was confident of victory, Sarah simply said “I am, 100% confident.”