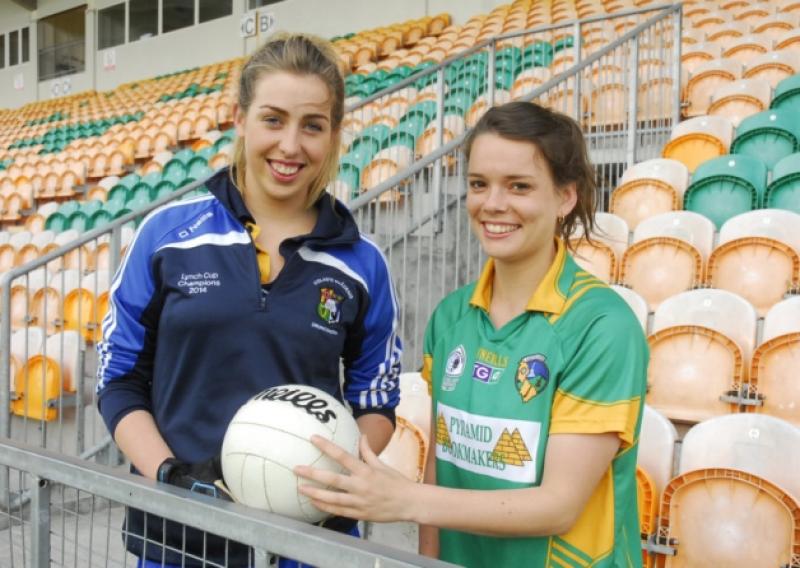 Leitrim are looking to end their 2015 jinx at the hands of the Yeatswomen in next Sunday’s TG4 Connacht Ladies Intermediate Championship Final in Castlebar.

Leitrim are looking to end their 2015 jinx at the hands of the Yeatswomen in next Sunday’s TG4 Connacht Ladies Intermediate Championship Final in Castlebar.

The Leitrim Club Championship gets underway next weekend but both manager Pat Costello and captain Sarah McLoughlin are confident they can end a run of three defeats at the hands of Sligo and retain their title.

Speaking to the Observer ahead of the Final, Pat said “I am confident to be quite honest with you, we were in very hard luck the last couple of rounds against Sligo. There is no doubt we are underdogs, Sligo are favourites, they are the last four games unbeaten, National League champions and that will suit us going in an underdogs.

“But make no mistake about it, these girls are going to fight for everything on Sunday.”

And team captain Sarah McLoughlin has called on Leitrim fans to turn up in big numbers in Elvery’s McHale Park to cheer on the Ladies team - “It is not a great venue for spectators and it has been that way for the last couple of years and even when we played Roscommon in a local derby, we were dragged over to Mayo to play it.

“That has been going on all year long but the support that we have has been great, whether it is our parents, brothers, sisters, friends and whatever. Those who want to be there will make it whether it is driving an hour or five minutes down the road. If people want to go see the game, they make it their business to be there.”

Next weekend also sees the eagerly awaited start of the Connacht Gold Senior and Fox’s Monumentals Intermediate Club Championships. Aughawillan start the defence of their title on Sunday against Carrigallen with the first game of the campaign on Friday night when Glencar/Manorhamilton take on Bornacoola.