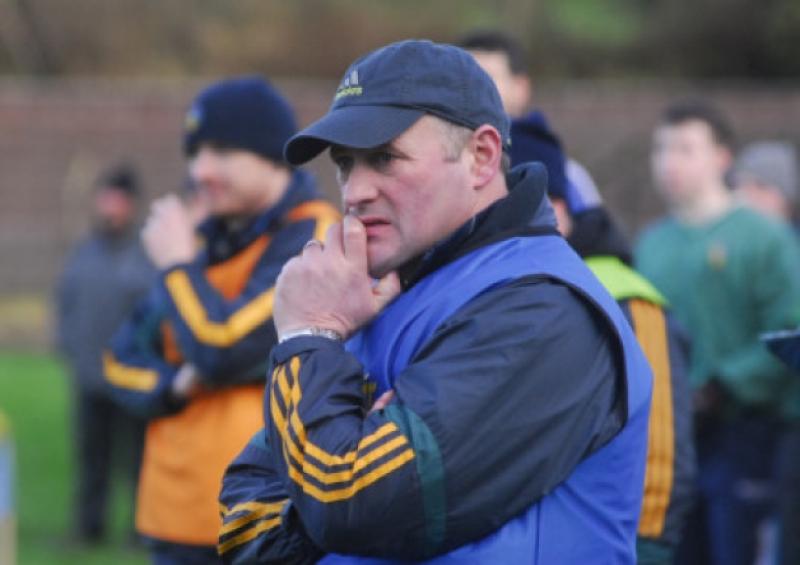 Leitrim booked their place in the FBD Connacht League Final for the second year in a row after they fought back from a two goal halftime deficit to grab a share of the spoils against Sligo on Sunday in Ballinamore.

Leitrim booked their place in the FBD Connacht League Final for the second year in a row after they fought back from a two goal halftime deficit to grab a share of the spoils against Sligo on Sunday in Ballinamore.

Trailing to a clearly superior Sligo in the first half, Leitrim looked in all sorts of trouble in all sectors of the field but as they did against Galway a week previously, the Green & Gold turned in a fantastic second half to claim a deserved draw.

That draw was essential as a Sligo win would have seen Leitrim miss out on the Final but now they meet great rivals and 2014 Championship opponents Roscommon next Sunday in Pairc Sean Mac Diarmada, a preview of this Summer’s championship meeting.

Roscommon overcame two time All-Ireland Finalists Mayo 1-10 to 1-8 and the meeting next Sunday will add to the excitement along the River Shannon over the coming days.

Manager Sean Hagan will be rightly proud of the fantastic effort his team put in over the second half but he will be worried too by the manner in which Sligo cut open the Leitrim rearguard at ease in the first half.

The move of Adrian Marren, David Kelly and Conor Griffin caused Leitrim’s back six a rough afternoon in Ballinamore and midfield suffered also throughout the encounter, with the Yeatsmen generally dominating.

Sligo too may have contributed to their own second half fade-out by adopting different tactics in the second half - the first half saw them play the ball long and quickly and it gave Leitrim no end of trouble.

But in the second, Pat Flanagan’s team started to hand-pass the ball shorter and across the field more, a tactic that enabled a Leitrim team that dropped 12 men back into their own half the chance to grab a foothold on the game.

Emlyn Mulligan, Ray Cox and Fergal Clancy were again the stars of the attack, Mulligan’s dead-ball ability the difference between a draw and defeat last Sunday.

Also noticeable was the evident fitness in the Leitrim ranks as any talk of a lack of fitness seems well wide of the mark as all the Leitrim players were full of hard running in the closing stages of this game, their work-rate frustrating the Sligo men time and time again in the last ten minutes.

Credit to to the great spirit displayed by Leitrim as they took full advantage of Tomas Beirne’s goal midway through the second half, a goal that wiped out Sligo’s three point lead and suddenly brought a subdued Leitrim crowd back to life.

Sligo got off to a good start with good points from Adrian Marren and Charlie Harrison in the first three minutes but an Emlyn Mulligan free on six minutes got Leitrim off the mark.

Sligo hit back with points from Cathal Brennan and a Marren free while Cathal McCrann was needed to make a good interception under pressure.

Leitrim should have had a goal but Sligo keeper Aidan Devaney made two point blank saves to first deny Gerry Hickey after good work from Tomas Beirne opened up the chance and then Ray Cox, Devaney twice making huge stops.

Leitrim’s early defensive struggles saw Sean Hagan make a change with Wayne McKeon coming on but it didn’t lessen the pressure on the Green & Gold with Marren pointing after a quick free found him in acres of space.

Leitrim had a let off when David Kelly intercepted a poor kickout but David Kelly over-ran the ball as it went out. Fergal Clancy scored a fine point after a good catch from Tomas Beirne.

Aaron Hickey drove a shot over the bar as the goal opened up for him and seconds later, Fergal Clancy scored a great point to reduce the gap to just a point.

But Sligo were equally prolific as they hit 1-1 in the space of a minute - Adrian Marren’s pass found Niall Murphy charging through unmarked and although he appeared to make a mess of the chance as he bore down on Cathal McCrann, the Sligo man did enough to scuff the ball past the keeper for a goal on 21 minutes.

Damien O’Boyle scored a huge point to extend the lead but Emlyn Mulligan hit two points, one after a great six or seven man passing move. Damien O’Boyle added a second point with a goal on the cards with Mulligan again responding from a free.

But as the game entered added time, Sligo took a decisive grip on the game - a high ball saw David Kelly make a great catch but the corner-forward, despite Leitrim howls of protest, was clearly fouled by Cathal McCrann.

Adrian Marren drove the penalty to the Leitrim net to leave Sligo 2-7 to 0-7 ahead at the break.

Few in the crowd would have given Leitrim any hope in the second half but with sub Darren Sweeney driving a long range shot over the bar just two minutes into the half, the tone was soon set for the second half.

With Sligo changing tactics and playing a more cagey game and Leitrim dropping 12 men back in their own half, the Yeatsmen were not creating the chances they had and they lost Pat Hughes to a black card on four minutes.

Leitrim brought on James Glancy and Cian Reynolds with Mulligan adding two more frees in the eighth and fourteenth minutes but the visitors were still looking comfortable when Leitrim struck for their goal.

Wayne McKeon looked as if he was going for a point but the ball dropped short and despite great pressure from the defender and keeper, Tomas Beirne managed to get his hand to the ball, the ball trickling across the line for a game changing score.

Sligo, after hardly threatening, suddenly upped the ante with Conor Griffin making a good catch in midfield, running on to take a return pass to score. Mulligan hit back with a free to tie the scores once more.

Leitrim took the lead for the first time with less than four minutes left when Mulligan played a nice ball into Ray Cox and the Annaduff man got a nice reward for another hard working display by scoring smartly on the turn.

Sligo immediately hit back with a huge point from sub Cathal Burns to again tie the scores as both sides went looking for a winning score but without ever really threatening a point.

Leitrim did lose Damien Moran to a black card, just seconds after James Glancy miraculously somehow avoided a black card for clear pull down, something that would have left Leitrim with 14 players on the field.

But despite working a good chance, Sligo were unable to make it count as Leitrim held on for a draw that saw them in the FBD Connacht Final for the second year in a row.