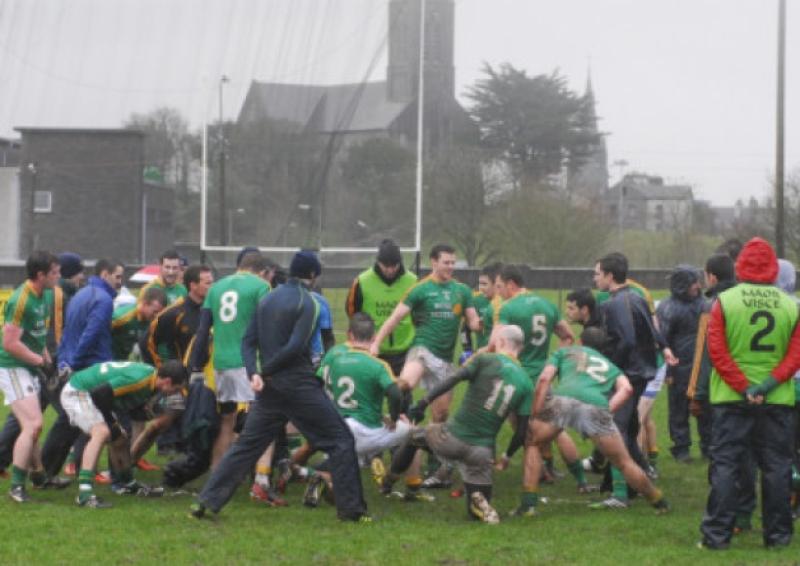 I was being kept up to date with Leitrim’s progress against Galway on Sunday through a variety of medium, including the Leitrim and Galway twitter feeds and the watchful eye of Bornacoola’s Feargal McGill, who made the long trip to Ballinasloe.

I was being kept up to date with Leitrim’s progress against Galway on Sunday through a variety of medium, including the Leitrim and Galway twitter feeds and the watchful eye of Bornacoola’s Feargal McGill, who made the long trip to Ballinasloe.

All agreed that the difference between the two sides on the day was Emlyn Mulligan. His seven points, three from play, ensured that Leitrim maintained their winning start to the season and remain on track to reach the FBD final should they overcome Sligo in Ballinamore on Sunday.

However, while Mulligan pulled the strings and hit the vital scores (as well as setting up Ray Cox for his goal), this win was based on a great team effort in the second half.

Mr McGill was also particularly impressed by the performance of Rob Lowe at centre forward, picking up from the fantastic form on which he finished last season.

Having a man capable of operating at number 11 frees Mulligan up to take up the full forward position, offering Leitrim a constant danger – and the opposition and constant worry – in the scoring zone.

Fergal Clancy also impressed many and it’s great to have the Glenfarne/Kilty man not only back in the country but back in the green and gold. Fergal has all the attributes necessary to perform at inter-county grade and will grow stronger with further training and game-time under his belt.

It was also great to see that great Leitrim servant Shane Foley starting at wing back. I spoke with Shane a few weeks back and he has been incredibly impressed with the training and effort being put in – and the level of professionalism brought to the table by the management team – and while he admitted he’s feeling the going tough after three years away from the game at this grade, he too will grow as each week passes.

Shane is one of the elder statesmen on the panel now – and unique as a Daddy to two kids – and we all appreciate the additional sacrifice required by the young parents on the panel.

Having spent the last few years abroad, Shane is now based in Dublin working on the future central campus for the DIT in Grangegorman, while his wife Miranda and their son and daughter Jack and Emily are back home in Kiltubrid.

It’s a huge sacrifice to commit to another year of inter-county football, not just for Shane but for the entire family, and we all hope it proves fruitful and worthwhile for all.

Two substitutes also made great impacts on Sunday – Darren Sweeney and Gavin Reynolds. Reynolds’ point was essential in maintaining Leitrim’s momentum, booked ended as it was by Galway’s two goals, while Sweeney’s strength and class steadied the ship in midfield, negating Galway’s dominance .

Last year’s experience will ensure everyone keeps their feet firmly on the ground regardless of what happens at this stage of the season, but the character and belief shown against the wind in the second half will have been very encouraging for Sean Hagan and his backroom team.

“We asked at half-time about character and self-belief and we got plenty of it in the second half,” Hagan was reported as saying afterwards. “The elements played a big part but we are as comfortable running with the ball as we are with delivering it long and fast, so playing against the wind wasn’t that big a factor. We are just getting to know each other and trying to develop, but it is nice to win games.”

While we are all well aware of Mulligan’s beautiful kicking action, his ability to deal with the conditions on Sunday show a player that is really starting to mature and find his mojo. It’s easy to forget the litany of injuries this young man has already overcome.

Seeing new names and old familiar faces stepping up to the plate to assist their captain augurs well for the team as they face into much more important tests ahead in 2013. The loyal Leitrim faithful that risked being washed away in Ballinasloe also played their part on Sunday. Well done to all concerned.