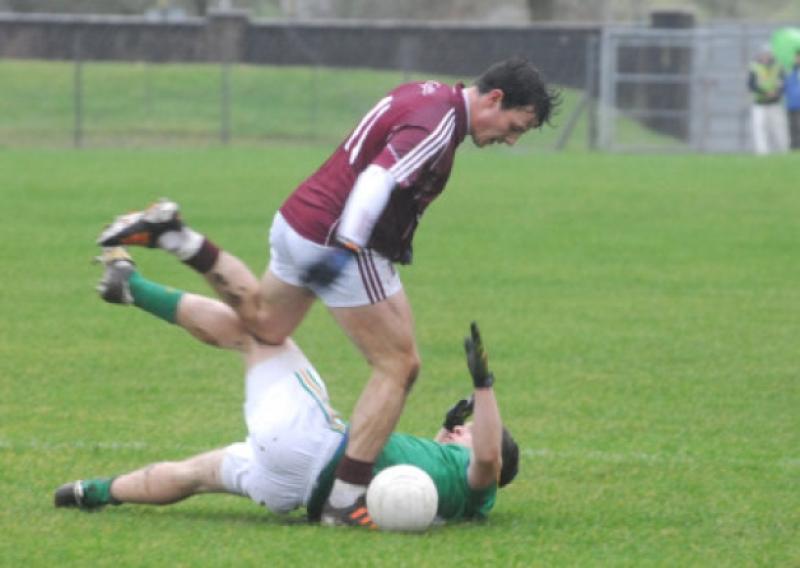 Minute by minute action from Leitrim’s victory over Galway last Sunday in the Connacht FBD League.

Minute by minute action from Leitrim’s victory over Galway last Sunday in the Connacht FBD League.

8 mins: Mulligan converts a free after a foul on Ray Mulvey.

11 mins: After hitting the post, two wides and dropping the ball twice into Cathal McCrann’s arms, Eoin Concannon opens Galway’s account after he cleverly keeps the ball in play.

21 mins: A real let-off for Leitrim when Cummins hits the post with a piledriver and McCrann barely keeps out Gary Sice’s shot, Mark Hehir scoring from a short 50.

25 mins: Mulligan keeps Leitrim in touch from play, a lovely point from the wing.

2 mins: Mulligan levels the scores from a free.

18 mins: GOAL - Galway hit back when Ian Burke lashes the ball to the net after a great Galway move.

22 mins: GOAL - sub Michael Martin finds the net despite a supiciously large amount of steps to put Galway one in front.

27 mins: After missed chance from both teams, Mulligan finishes off a move with a fine point.

30 mins: Galway drop a shot into Cathal McCrann, Leitrim launch one last attack with Paul Brennan being fouled and Mulligan scoring a magnificent winner to take the victory.