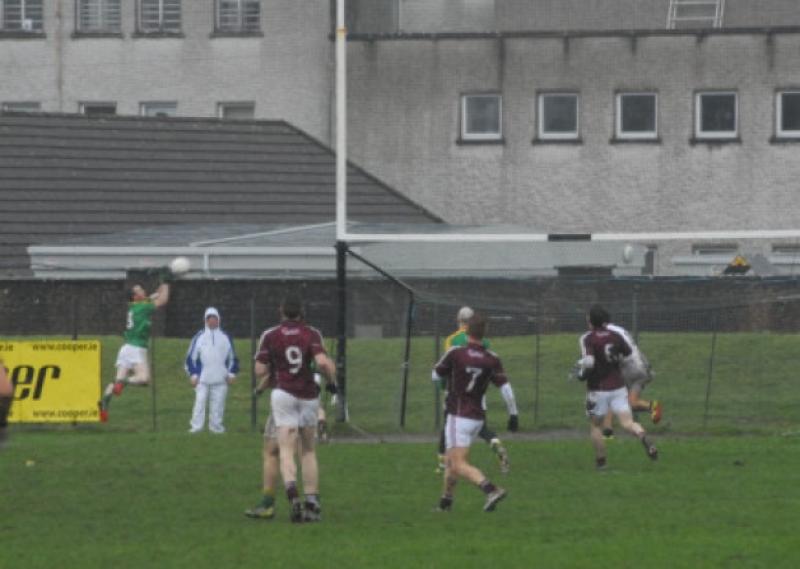 A rare and fully deserved win on Galway soil sees Leitrim just a draw away from reaching the FBD Connacht League Final for the second year in a row.

A rare and fully deserved win on Galway soil sees Leitrim just a draw away from reaching the FBD Connacht League Final for the second year in a row.

After never reaching the pre-season competition decider before last year, Leitrim will face Sligo next Sunday in Ballinamore knowing that a draw would see them qualify for the final once more.

The first win over the Tribsemen on Galway soil since 1994 did not seem all that likely as the home team dominated the first half and were desperately unlucky to lead by just a point as they hit the woodwork a couple of times and forced a good save from Cathal McCrann.

But the halftime break transformed both teams - Galway looked as if they left their intent and ambition in the dressing room while Leitrim were a different side, playing disciplined and energetic football as they surged from deep time and time again.

With Kevin Conlan used as an extra defender and the midfielders dropping deep, Galway found it hard to get through a defence where Paddy Maguire and Paul Brennan were outstanding.

Upfront, Emlyn Mulligan again led the way with a wonderful seven points, three from play, but never was his dead-ball accuracy more vital when he curled a 40 yard injury time free over the Galway bar to secure what seemed like an improbable winat halftime.

No one will lose the run of themselves with this win, least of all manager Sean Hagan as Galway will be a vastly changed team come the League, let alone the championship but it is a massive boostfor the new set-up.

The manner in which Leitrim came from behind after conceding a goal that even Galway supporters felt had been over-carried bodes well for the future. And talk about Leitrim not being full fit looked well wide of the mark as it was the Leitrim players who were full of running in the closing stages.

New faces got a run-out, Bornacoola’s Damien Moran doing well against a good Galway pair in the middle of the park while Fergal Clancy did his chances of a starting berth no harm with a confident and assured display.

Paddy Maguire and Paul Brennan stood out in a hard working defence, Barry Prior covered well in defence while Gerry Hickey looked far more at ease when moved to attack instead of corner-back.

Upfront, the emphasis was on holding out and the half-forwards working deep in their own half and Ray Cox and Emlyn Mulligan did well in that regard. Ray Mulvey tried hard, got on a lot of ball but needed a little more end product but he is well worth perseving with.

Momentum is building nicely with several players to come into contention for starting roles, hopes will start to rise for the start of the Allianz League.