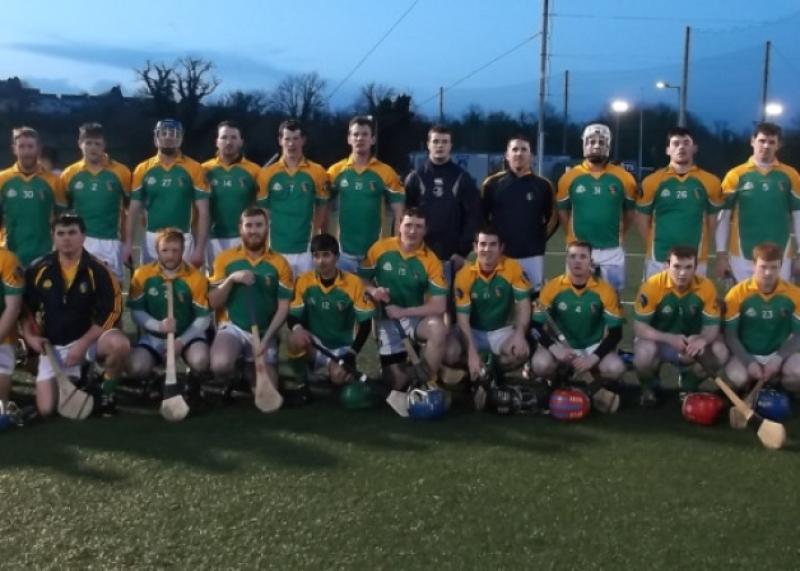 Leitrim had to survive some very tense and nervy final moments but held on bravely to deservedly win this third round of the Alliance Hurling League on Saturday night last on the 3G pitch in Cavan.

Leitrim had to survive some very tense and nervy final moments but held on bravely to deservedly win this third round of the Alliance Hurling League on Saturday night last on the 3G pitch in Cavan.

This was effectively a league semi final as both sides had almost identical league records, with two points from two games, but Leitrim’s slightly superior points difference meant that a draw would be enough to qualify them for the final.

The game had a delayed start of 7pm due to the travel arrangements of the Warwickshire squad but Leitrim wasted no time in racing into a four point lead by the sevent minute; a 65 and two frees from Padraig O’Donnell and a point from play from Niall McLoughlin.

Warwickshire danger man Sean Hennessey pointed a free in the 17th minute as they began to settle themselves into the game, but aided by a strong breeze Leitrim had the next two scores when Moradi pointed from play and O’Donnell pointed a 30m free when he himself was fouled going through.

Corner forward Emmett McCabe pointed from play in the 26th minute and Leitrim had a great chance of a goal four minutes later when O’Donnell put Moradi through on goal but Des Kelly made a fantastic save at the expense of a 65 which O’Donnell duly converted.

Leitrim had another goal scoring opportunity three minutes before half time when ‘keeper Kelly lost possession when trying to clear and Niall McLoughlin blazed wide with the goal at his mercy. The final action of the half saw Hennessey point a 40m free to leave Leitrim leading by double scores 0-8 to 0-4 at the break.

Leitrim started brightly in the second half and adopted a two man full forward line of James Glancy and Niall McLoughlin and the extra space yielded dividends when Moradi and Glancy had points from play by the 39thminute.

These scores were cancelled out when Pauric Crehan and McCabe both pointed from play to narrow the gap once again to four points by the 44th minute. Leitrim kept pushing forward and points from play by Dave McGovern and O’Donnell had them well in control entering the final quarter.

Warwickshire weren’t going to give up without a battle and points from Hennessy, McCloskey and McCabe brought them back to within three points by the 58th minutes later Leitrim captain Michael Poniard scored a superb long range point from play but almost immediately Crehan pointed for the visitors.

Leitrim seemed to have made the game safe when McGovern and O’Donnell pointed from play to leave them five points ahead entering the last five minutes.

However, Warwickshire weren’t finished yet and a Hennessy goal from a 20m free which was quickly followed a Brian Gaffney point from play left the bare minimum between the sides at the finish.

Leitrim will meet Tyrone in the division final and if they can keep improving as they have so far in this league then they will be quietly confident of causing an upset on Saturday, April 5.