Room for improvement despite win 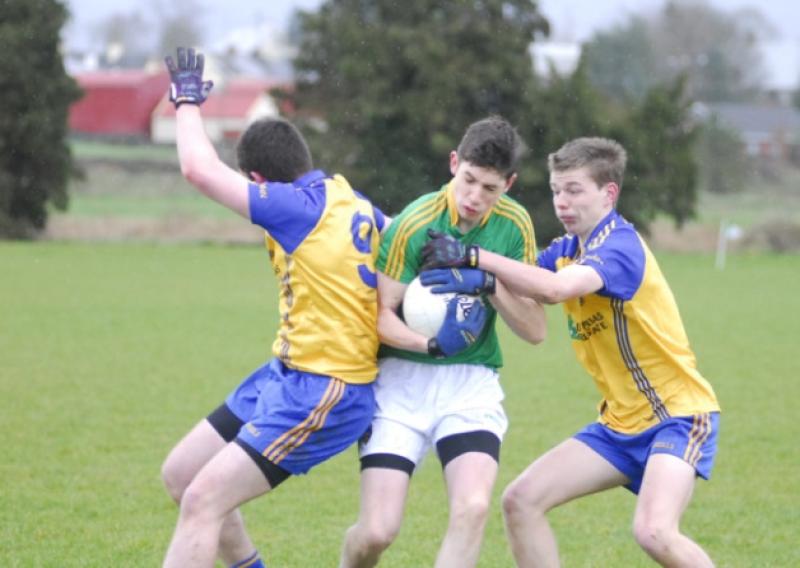 After seeing his team make it two wins from two in the Connacht Minor League, Manager Enda Lyons was pleased to maintain the winning run but insisted there is still room for improvement.

After seeing his team make it two wins from two in the Connacht Minor League, Manager Enda Lyons was pleased to maintain the winning run but insisted there is still room for improvement.

“The results have been very positive overall but there is still a lot of work to do. We are very disappointed with the second half performance, we didn’t really come out of the blocks at all in the second half and the sending off threw us a wee bit.

“To be fair, the boys dug in and we got two points just when we needed them to keep our nose in front. Overall, pleased with the win but not the performance.”

Reflecting on a first half performance that saw Leitrim open up a nine point lead at the interval Enda noted, “The first half was very good in patches but the second half, it’s a game of two halves and you can’t win the game in 30 minutes. We’ve lots of work to do but at this stage of the season that’s what I want.”

The fact that for a number of players this was a third game in seven days meant fatigue was an understandable factor, but Enda was certainly not making excuses and he will be looking for his team to build on the positive start they have made to the campaign.

“The boys are working extremely hard and as well the Ballinamore (Community School) lads have played three games in seven days which is almost impossible to do at any level never mind inter-county level. There was probably a bit of fatigue in the second half but a win is a win, it’s two out of two and it is very positive from that point of view but there is an awful lot more work to do.”

“We knew at half time that Roscommon were going to come out of the blocks very hard but at the same time we tamed that and we missed two glorious goal opportunities and a couple of points. Maybe there was a bit of panic that they just wanted to kill the game off a bit too early.”

The sides will of course meet again later this year in the Connacht Championship and Enda acknowledged that is a date they are already focused on.

“Winning is a habit and if we can continue to do that we’ll be in great spirits going into the Championship on June 28 against Roscommon. Both teams will be looking to drive on and that is a big date in our diary.”