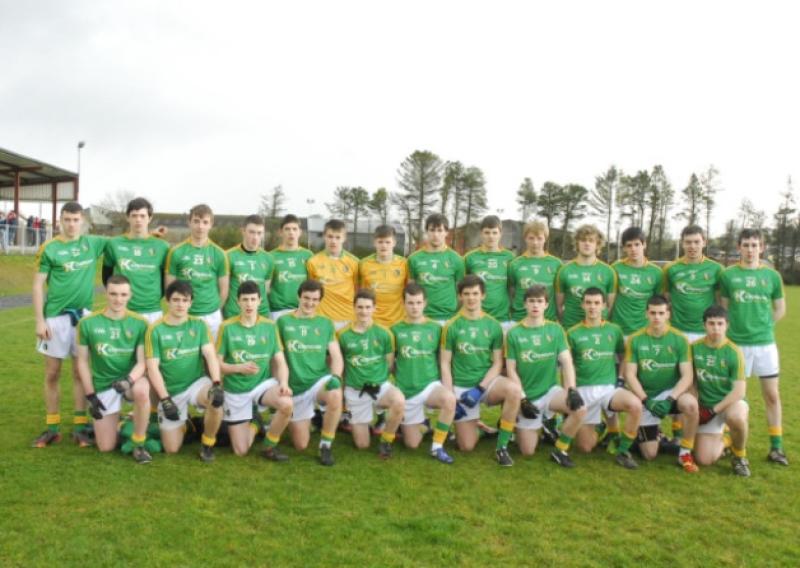 The Leitrim minors recorded their second win with an impressive win over Roscommon but in truth the game was closer than it needed to be at the end.

The Leitrim minors recorded their second win with an impressive win over Roscommon but in truth the game was closer than it needed to be at the end.

In the opening half of Saturday’s Connacht Minor League game in Mohill, Leitrim took the game to their opponents and continued the form that saw them easily beat Sligo in their opening fixture.

Mark Plunkett was dominant in midfield with Keith Keegan beside him also impressing while Dean McGovern, Conor Dolan and Gary Fowley also caught the eye.

Over the course of the opening 30 minutes the home side were dominant and Roscommon were fortunate the half time deficit wasn’t greater than nine points.

However, the second half proved to be a different affair as Leitrim dropped their intensity and the weather deteriorated dramatically.

Even though they were reduced to 14 men when Keelan Beirne was sent off 11 minutes into the second half, it was the visitors who looked the more dangerous for the majority of the second half.

While Leitrim may have been anxiously awaiting the final whistle there could be no doubt that even though they didn’t play to their full potential for the entire match, this was still a game Leitrim deservedly won.

Although Roscommon opened the scoring with a Brian Kelly free in the third minute, the opening half was dominated by the green and gold.

Dean McGovern played a pivotal role in the equalising score as he drove forward, before finding Keith Keegan who duly pointed.

It was to get significantly better for Leitrim in the sixth minute when they struck for the game’s opening goal. Gary Fowley was the creator and Peter Reynolds was on hand to goal from close range.

Roscommon replied with an Evan McGrath point but Leitrim were dominant and would have further extended their lead only for Gary Fowley to see his shot flash wide of the goal.

That miss was forgotten when Francis McNabola struck for an excellent point and further points from Conor Gaffney (free) and Mark Plunkett (45) gave Leitrim a commanding 1-8 to 0-2 lead at the break.

The fact that Leitrim only scored two points after the break, courtesy of Conor Dolan and Donal Feely indicates there is room for improvement but nevertheless this was a fully deserved win.